So, the reason there weren’t any photos of the hot water system install (among other things) was because…I’d taken them on a different camera! So, Feb 2017 Part 2 (which was actually the beginning of the month): here goes! 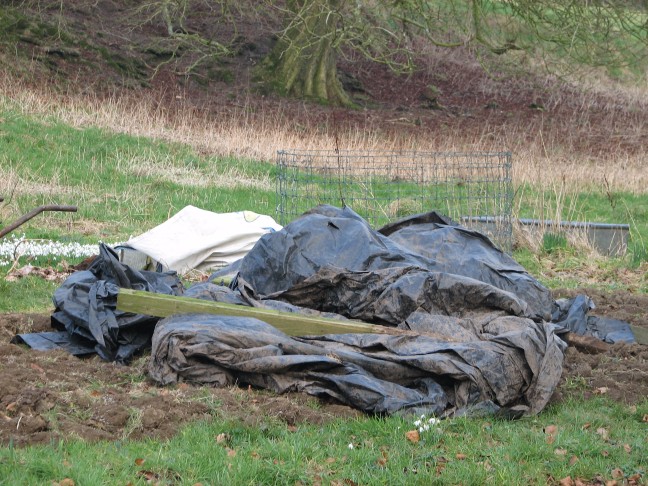 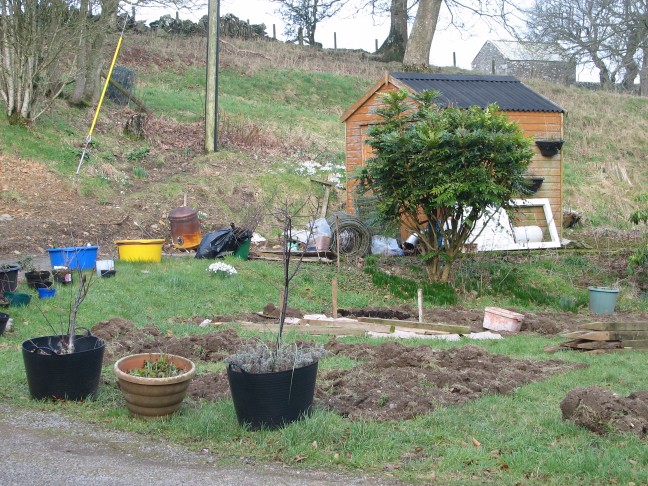 Among other things, the two black tubs in the foreground are the original “Morecambe tubs” which came up here to be repotted. The cherry tree is now in “the orchard” and the plum is being grown on as rootstock for next year 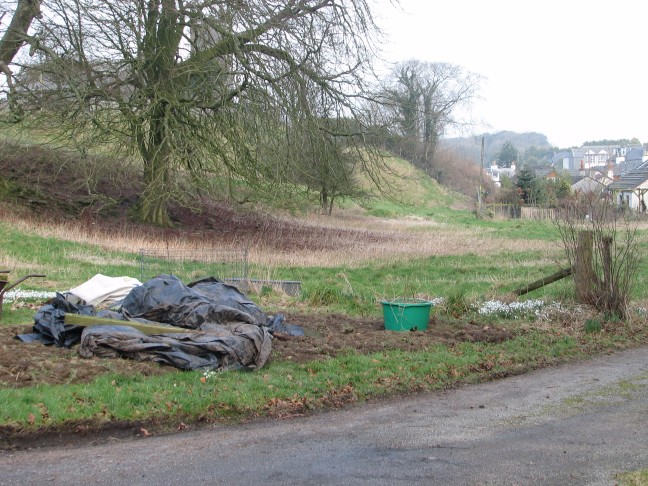 The field next to the drive (that I spend a fair chunk of time gazing at when I’m on the phone in the office) before mowing, leaves or any of the tree planting that happened in Feb & March 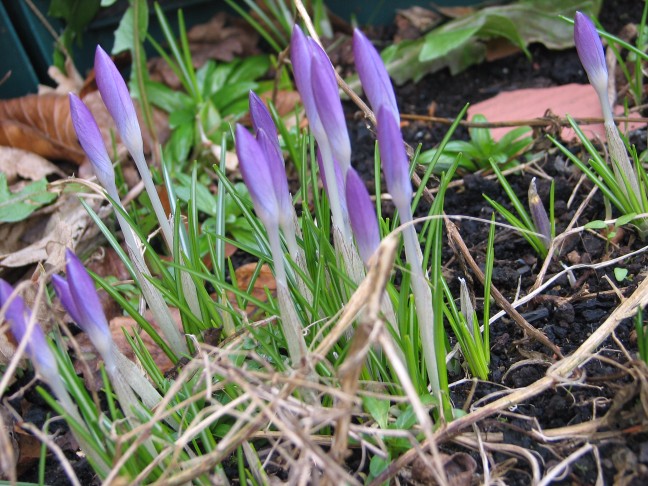 I love crocuses. And it turns out we’ve got loads! These are in a tub right next to the front door 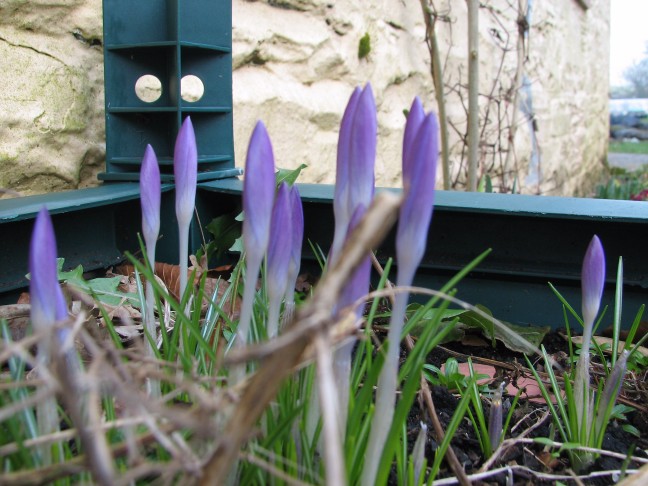 This tub, in fact! 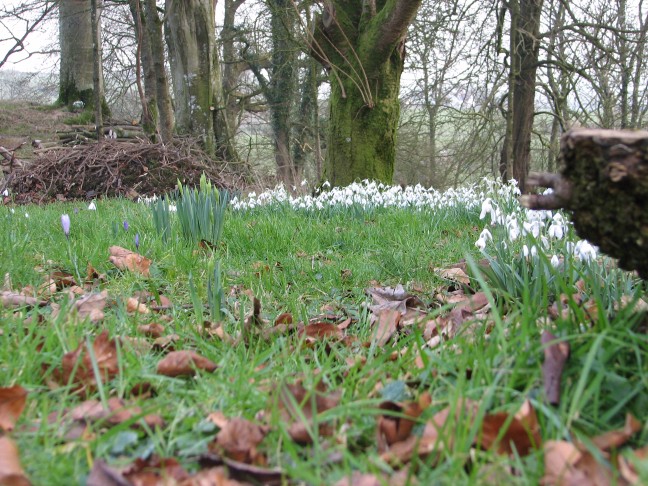 Near the house, just in front of the washing line, there’s an area of grass which must have hundreds of bulbs in it – snowdrops, crocuses, daffodils. Since the flowers started emerging I’ve been trying, on *many* occasions, to get a shot of this part of our garden which comes close to how I experience it. I don’t feel like I’ve got that elusive shot yet, but I’m still trying! 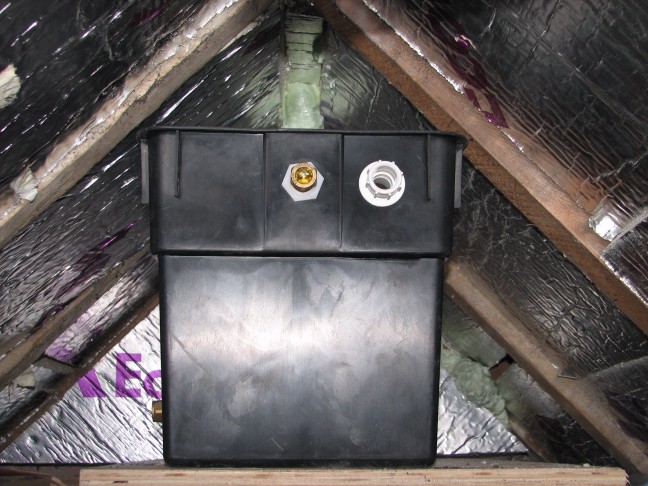 The header tank, in the “dormer room”, above the office, for the new radiator in said room. Getting the insulation in above the tank was, apparently, a real pain 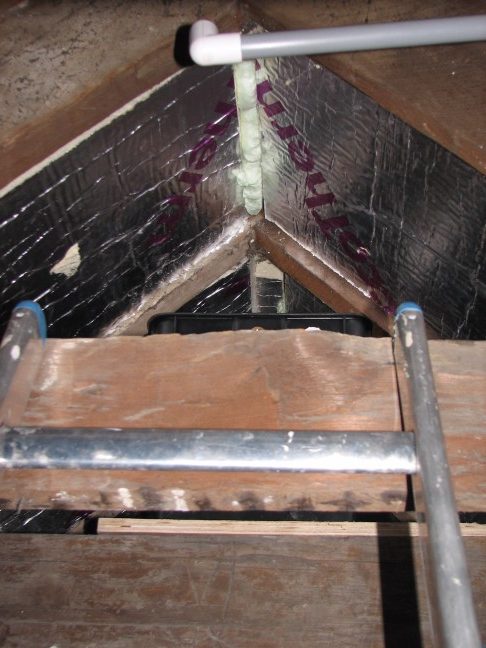 To put it into context, this is the ladder going up to the space where the header tank is

Still in the dormer room, this is the inside of the window all stripped down, with part of the pipework being helpfully supported on the supports for the window ledge. 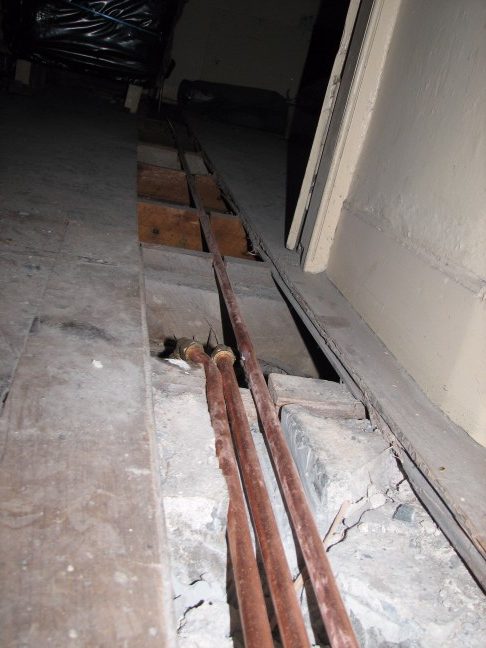 It may not be much to look at, but the channel for the pipes in the stone in the foreground had to be gouged out. Dusty, tough going – and certainly a job for power tools! 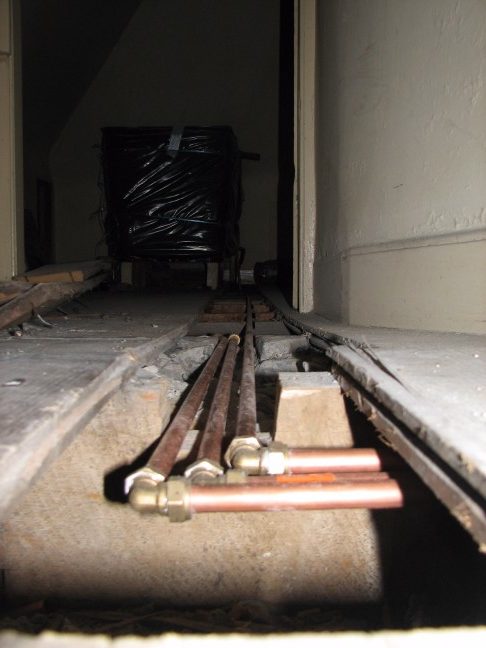 The same pipes from a slightly different angle. I’m normally not a fan of the flash, but I’m quite liking it on these images 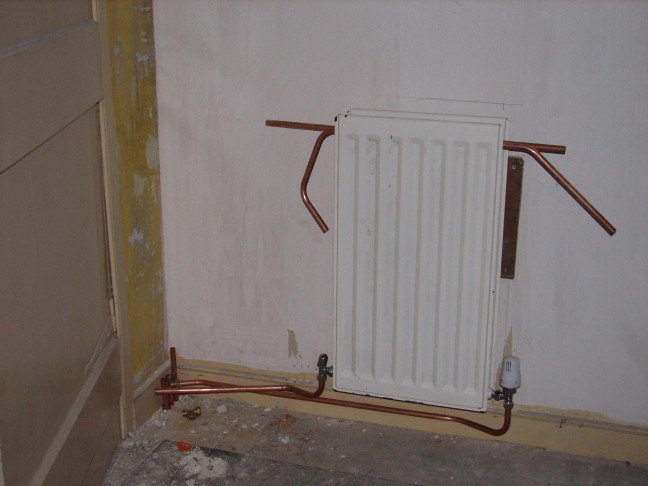 New radiator! It’s only small but is actually a very handy part of our hot water system as it’s a heat sink if the tank gets too hot. It’s also great as it means we can take some of the heat from the kitchen fire up to this attic room which otherwise has no non-electric-heater-type heat source. In true reusing style, the radiator itself came from the basement in Morecambe 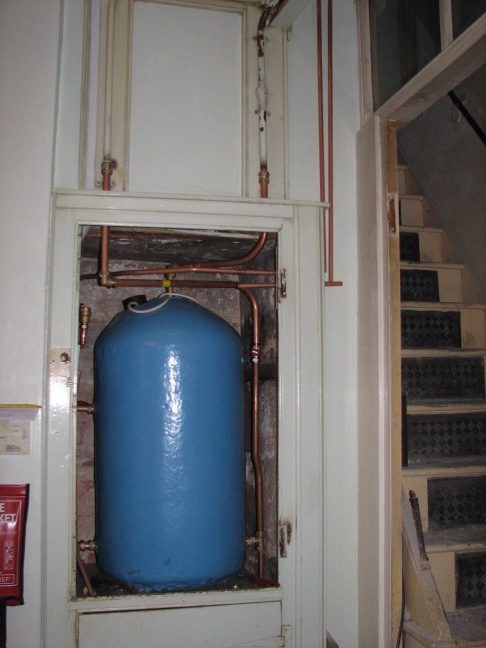 The new gravity-fed hot water tank in situ with most of the pipes needed. Getting the cupboard door off (for easier access) was rather fun and involved a small blow torch, just one of the snippets of this job I saw as I was passing through the kitchen… 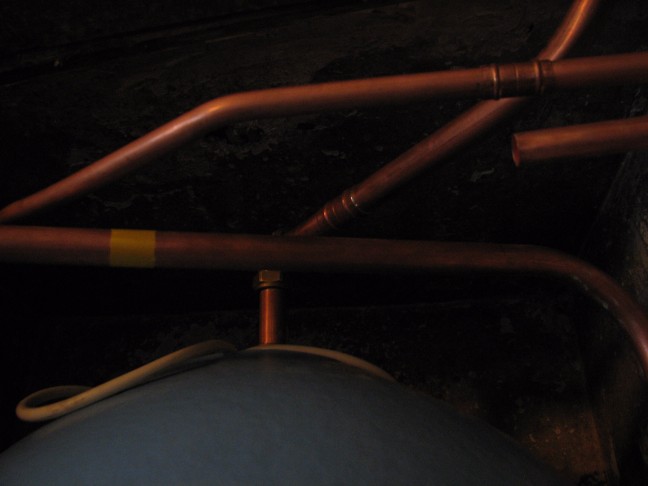 Pipes! At the top of the hot water cylinder