I’m still getting in the groove with photos – which means “August in pictures” is actually “one day in August” (specifically Aug 26th). Anyway, enjoy!

We’ve had two dead elm trees at the north east corner of the land – and this is the last of the wood from the smaller of the two. My axing is coming along well but there are certainly particularly knarly bits of wood which I decide to leave for my more experienced partner-in-all-things-wood-processing (and plenty of other things too) 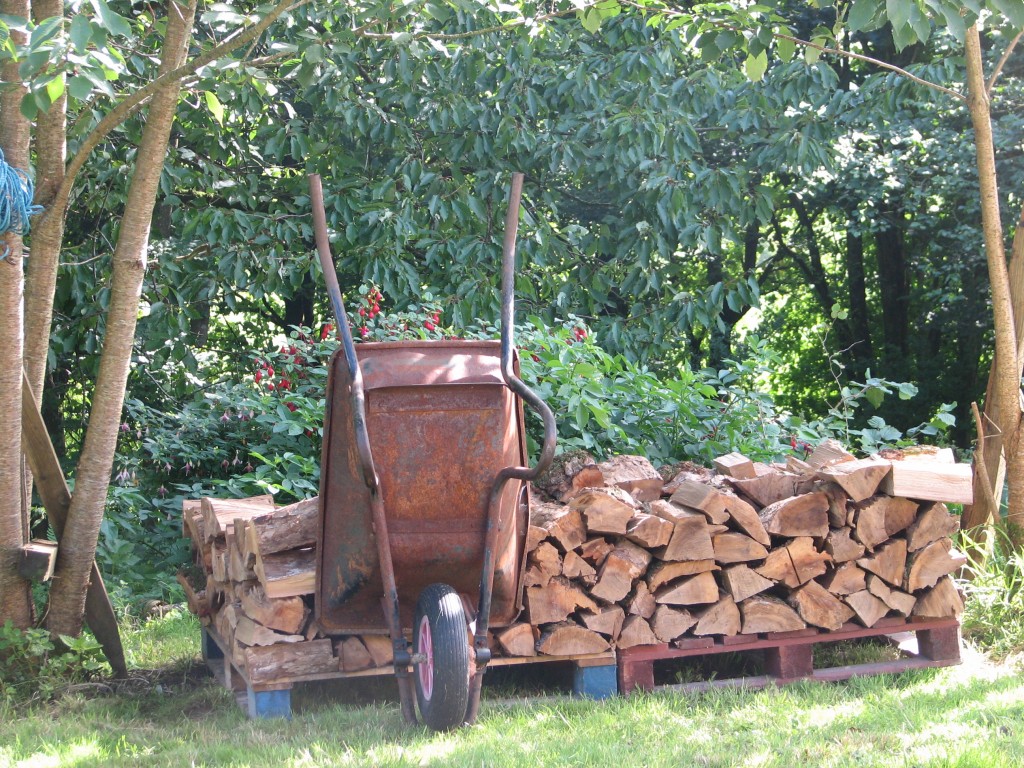 …and this is the rest of the trunk wood, merrily stacked with, even if I do say so myself, some rather marvellous corners. We’ve still got some branch wood to add to the stack 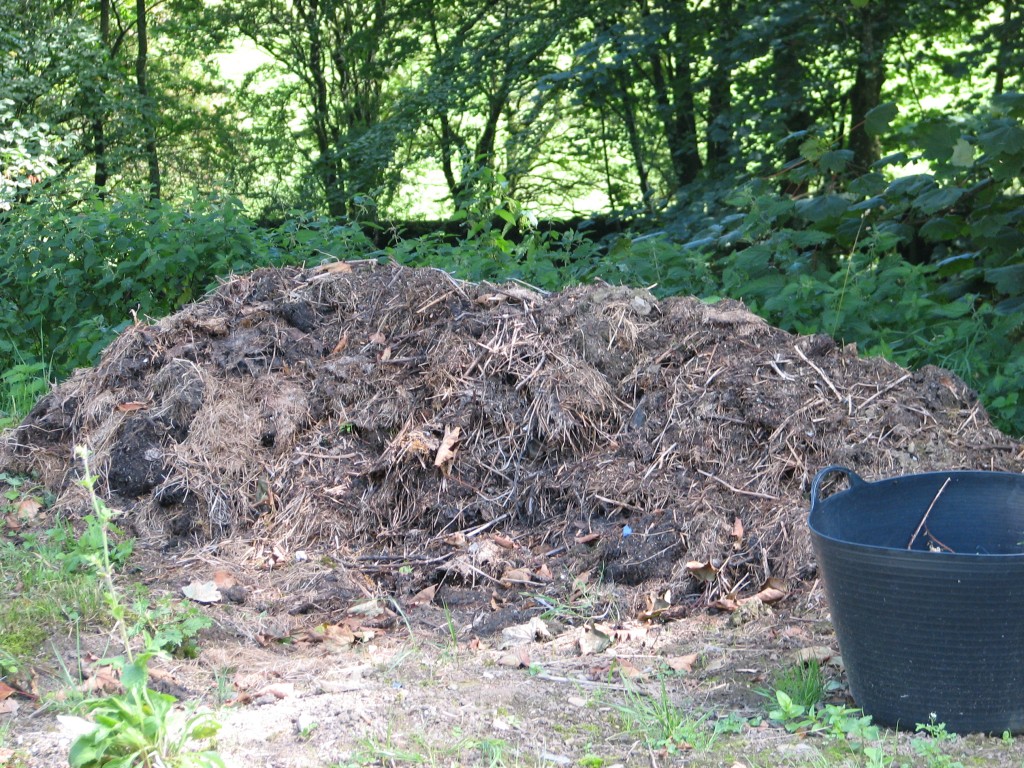 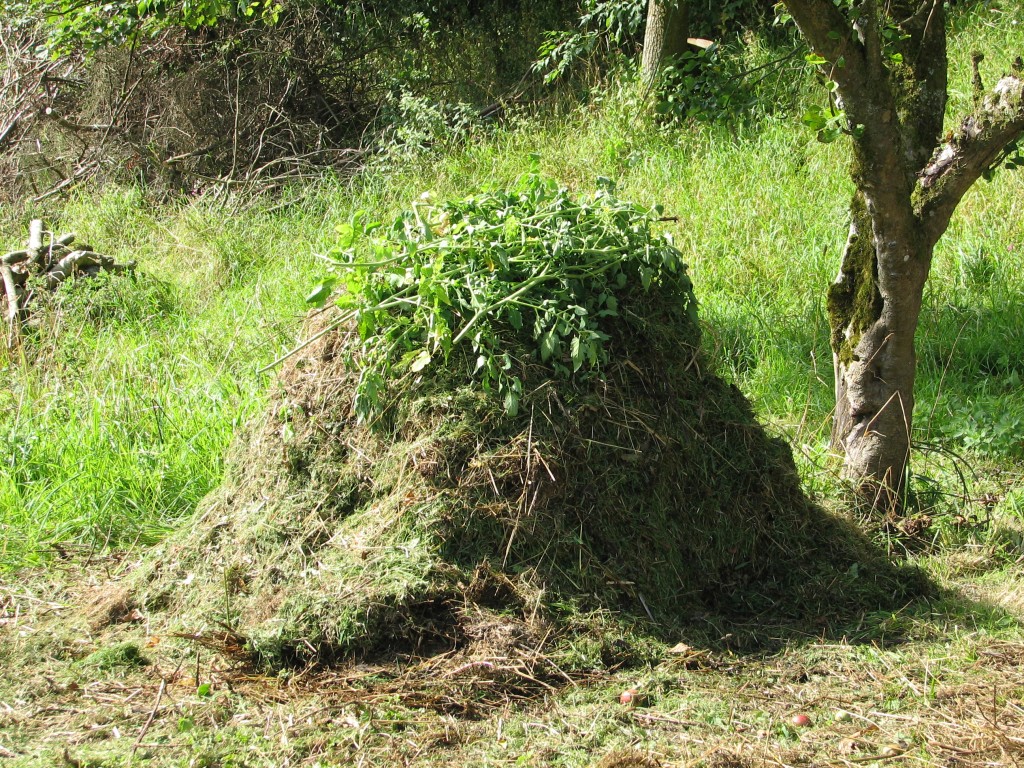 And this is a new heap, with browns integrated at the start. It’s mainly grass mowings at the moment but it’s all going in the right direction 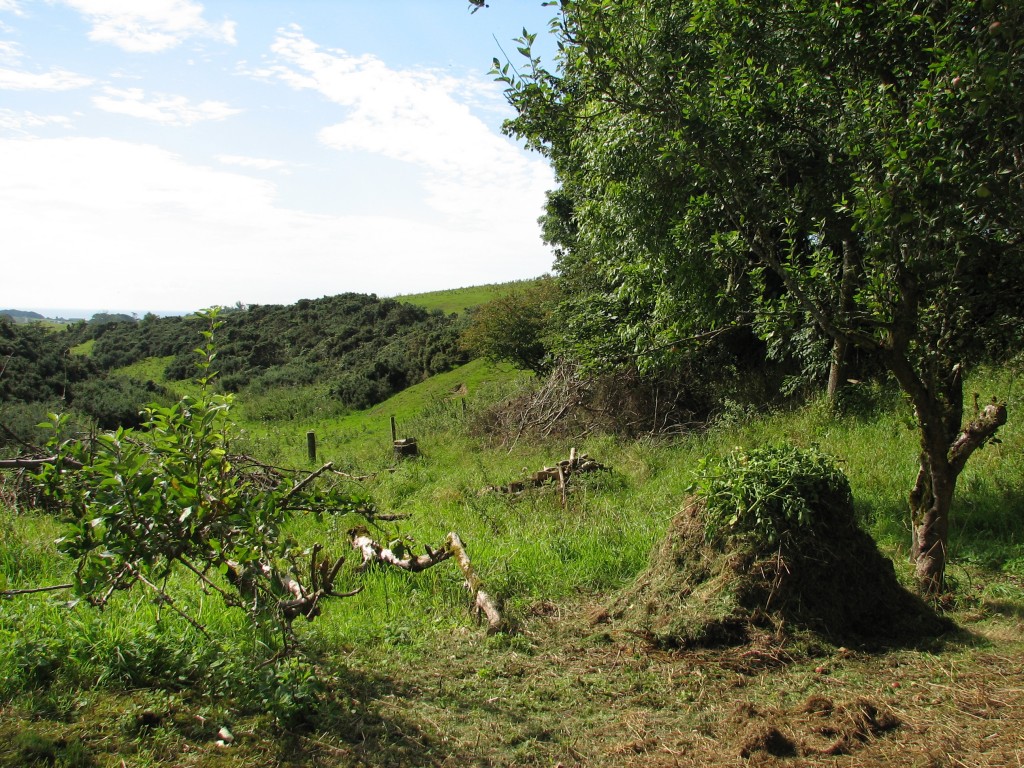 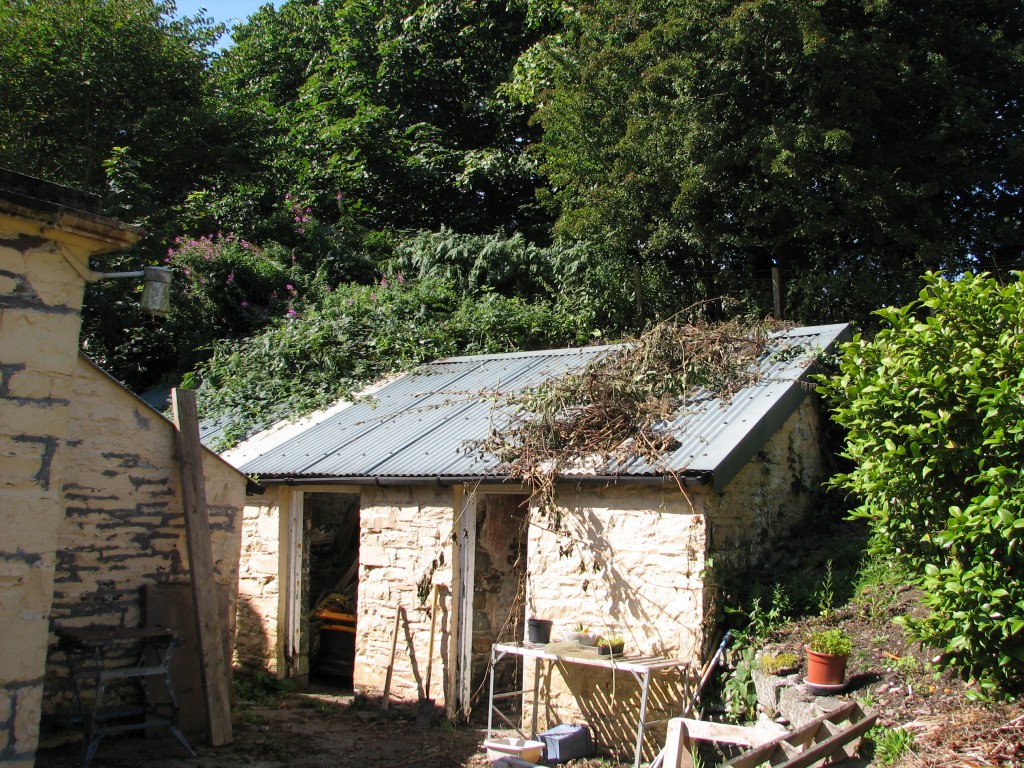 August saw me taking a “little and often” approach to clearing the vegetation about the stone sheds. Having cleared the immediate bramble-cover of the roof earlier in the year it was amazing how much had grown back in a few months. I was able to clear most of the plant roots which enabled us to add in a piece of roof edging which had been missed when the original work on the roof had been done (before our time) and we’re now contemplating what we might plant the bank up with. Most likely candidates at the moment are the various rhododendron bushes which we don’t quite want to ditch, but we don’t want to be quite so “centre stage” in the rest of the garden 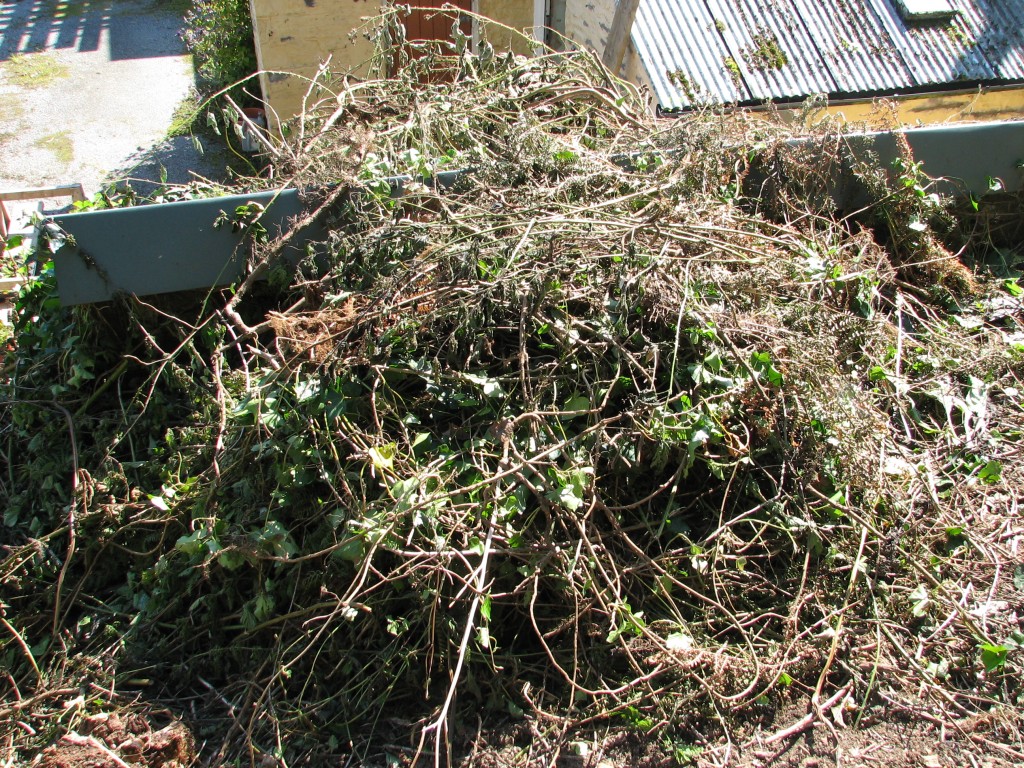 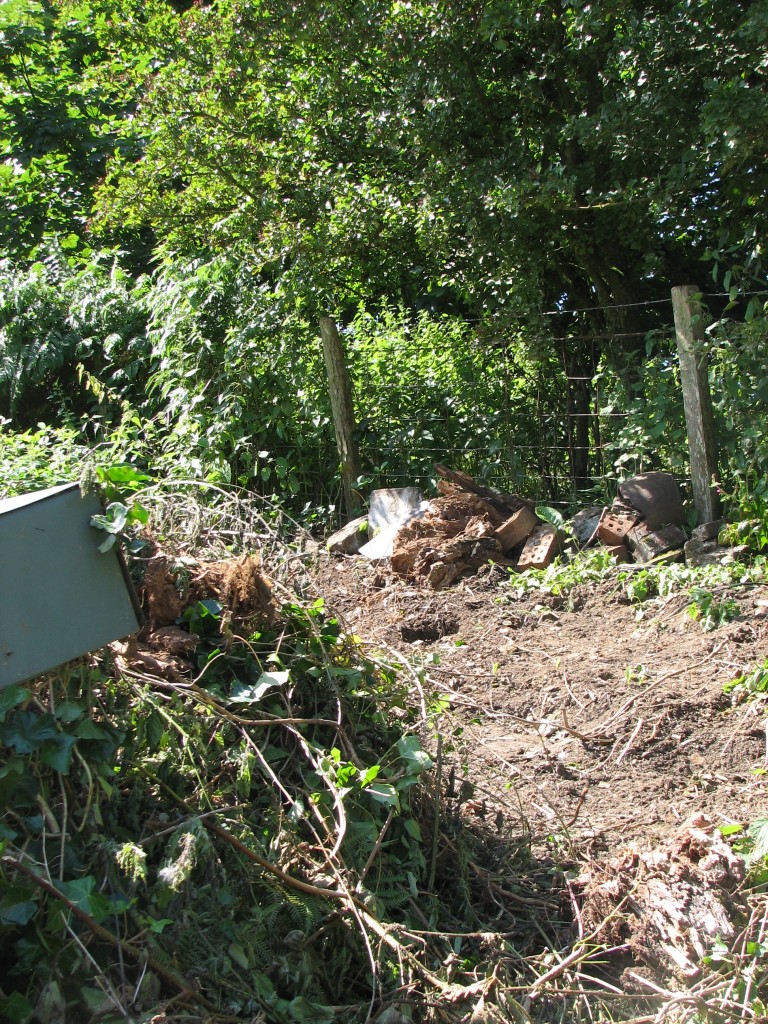 The path leading up to the top of the stone sheds 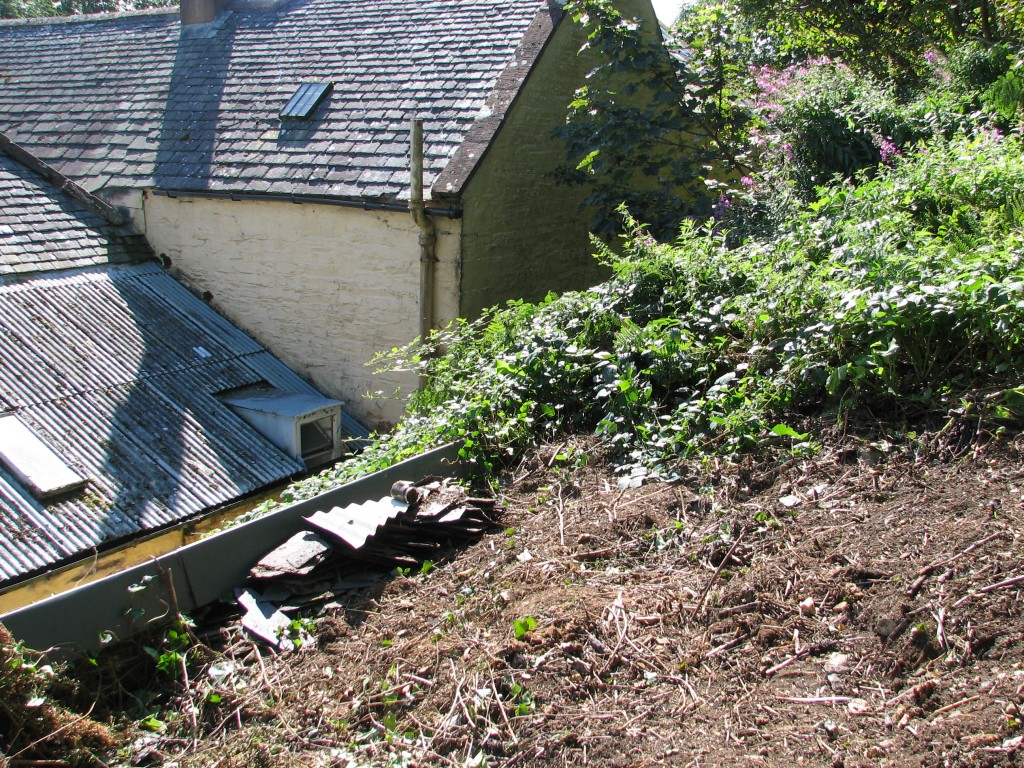 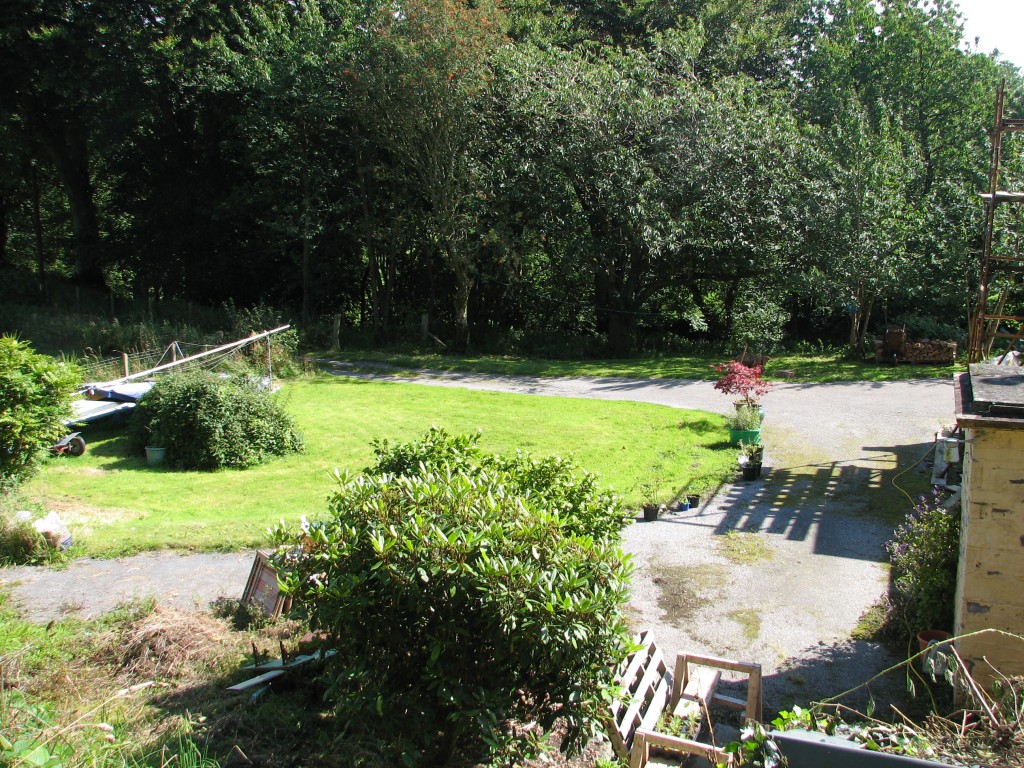 The view I had while working above the stone sheds – the north lawn. It’s become a favourite pondering / pausing location 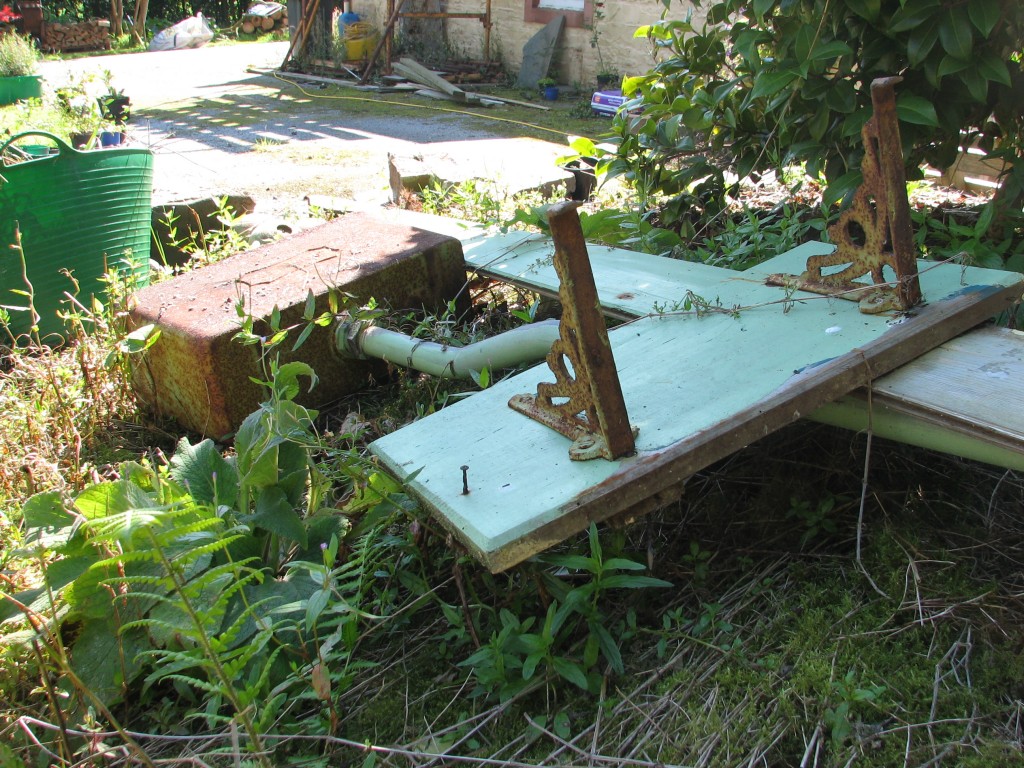 Not a recent thing, but these are the remnants of the cistern that was in the outside toilet. Work no getting it back into use (the toilet that is – these items are unlikely to be put back to their original use) is on hold somewhat but we’re hoping the work to make the roof water-tight will be happening in September 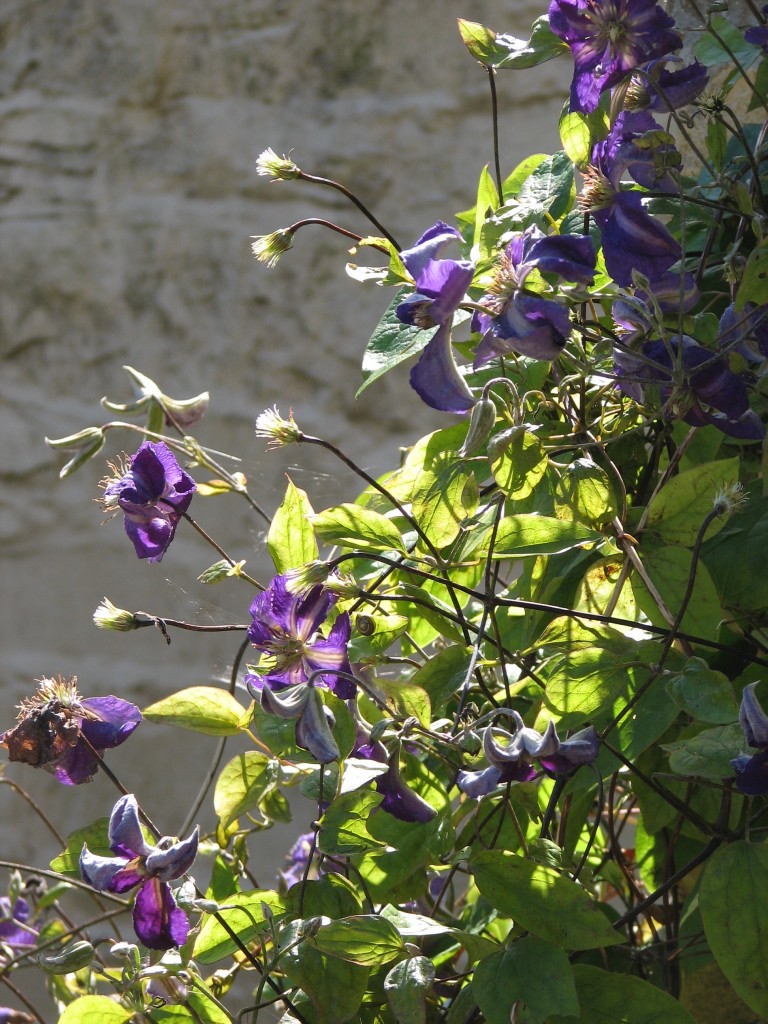 And speaking of the outside toilet, this rather glorious clematis is climbing up the outside of it 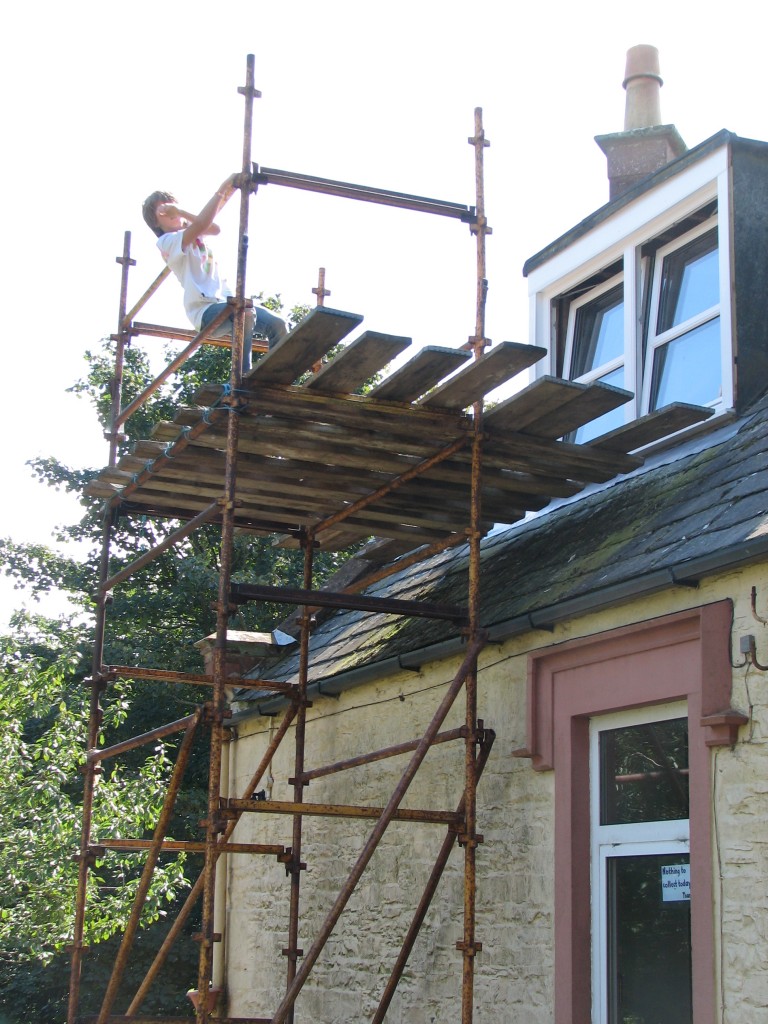 This scaffold has been up since just a few weeks after we moved in – and August saw the problems with the new window installation fixed. Rather more painful as contractor jobs go than desirable – but we’re getting there now. The new roof treatment for the dormer is scheduled for September then the scaffold can be on it’s merry way to another part of the house 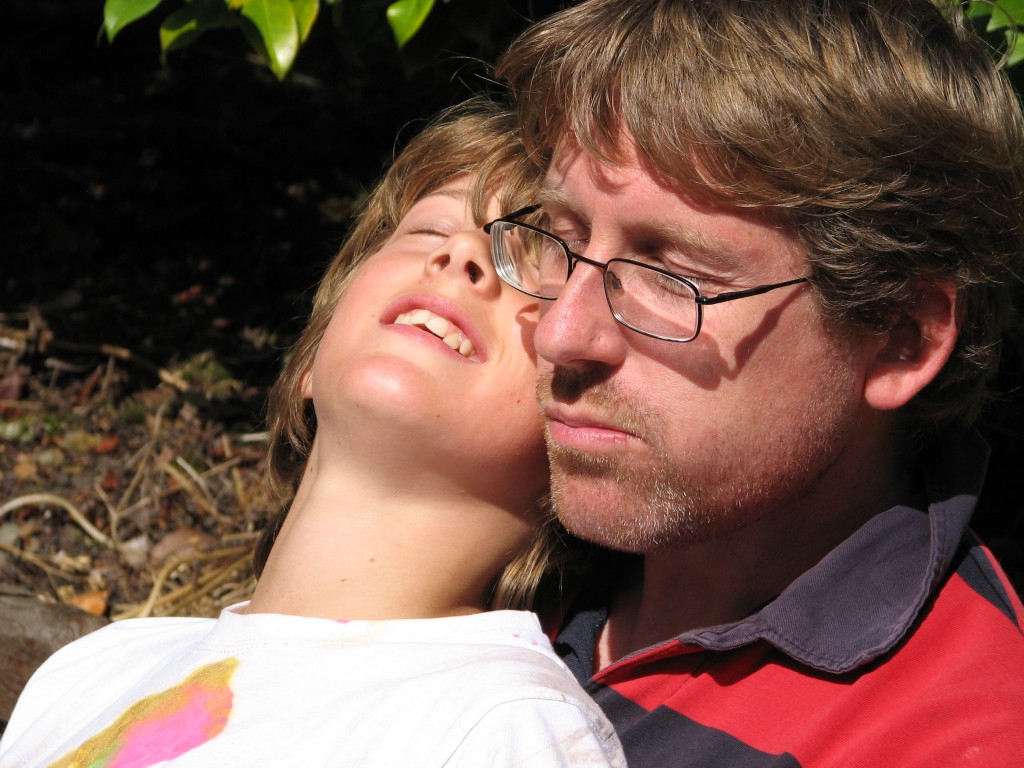 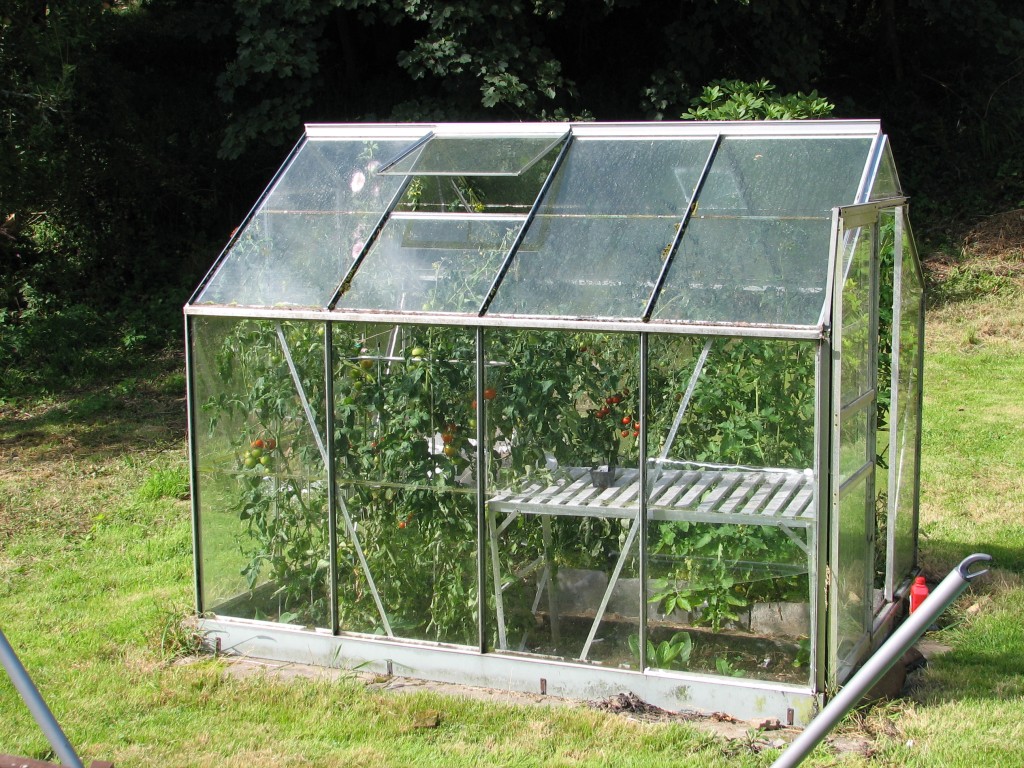 The tomatoes in the greenhouse have been doing an excellent line in absolutely THRIVING. Lots of tomatoes for us – and for local friends! 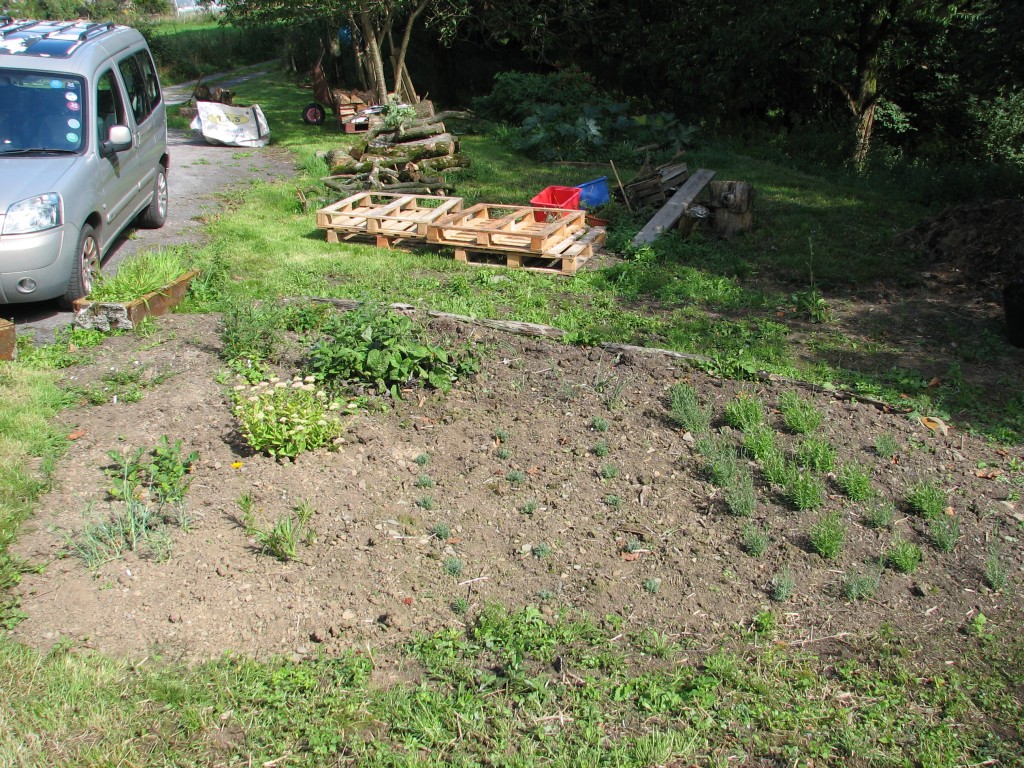 This ground we cleared outside the front of the house is now our lavender nursery, and also hosts a bunch of perennial flowers. This shot was particularly to showcase my fabulous weeding skills… it also includes my Berlingo, the source of much discussion as I went about taking it off the road and then, with a set of rather unfortunate but simultaneously fortuitous circumstances ended up back on the road within about a week 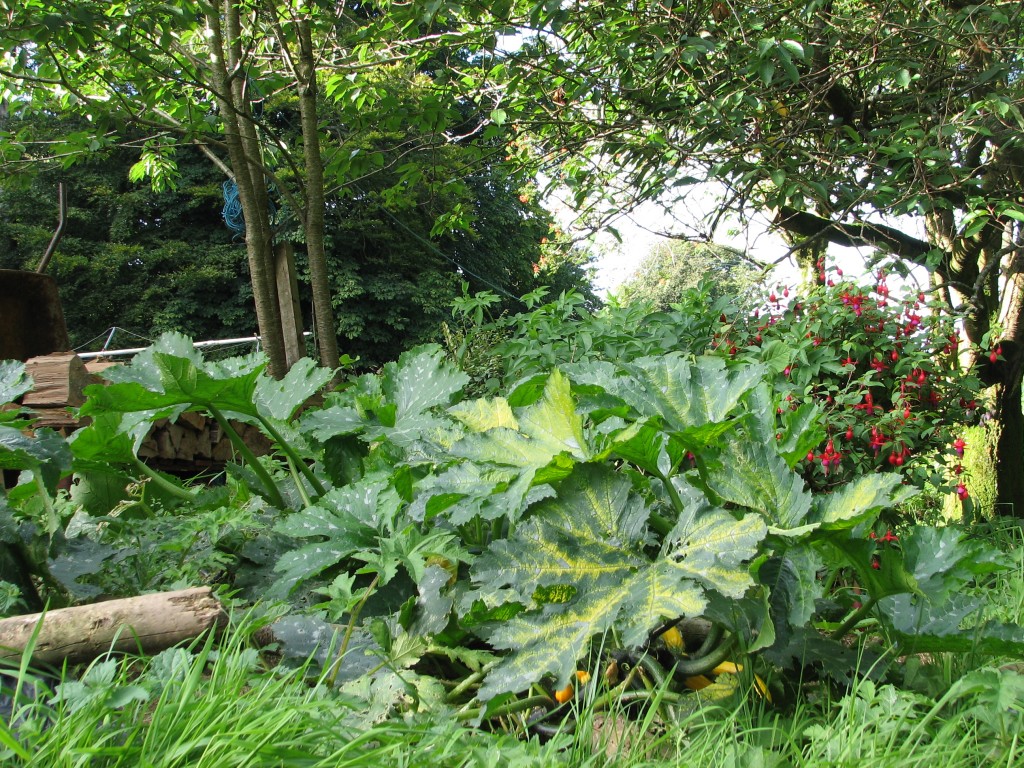 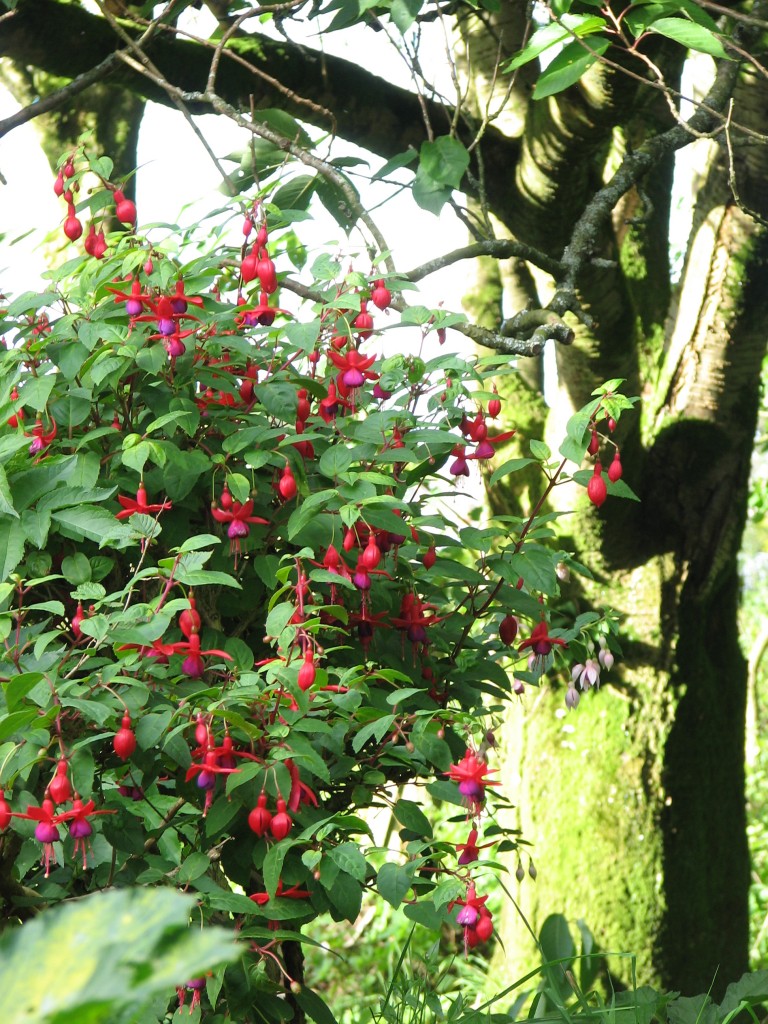 …along with hosting the thriving tree nursery. The Oxfordshire elders are growing like billio and the fuchsias we rescued have been throwing out uncountable flowers (they’d been dumped on our land before we got here – we have our suspicions as to who / how but fundamentally are mainly delighted to have such healthy plants to enjoy) 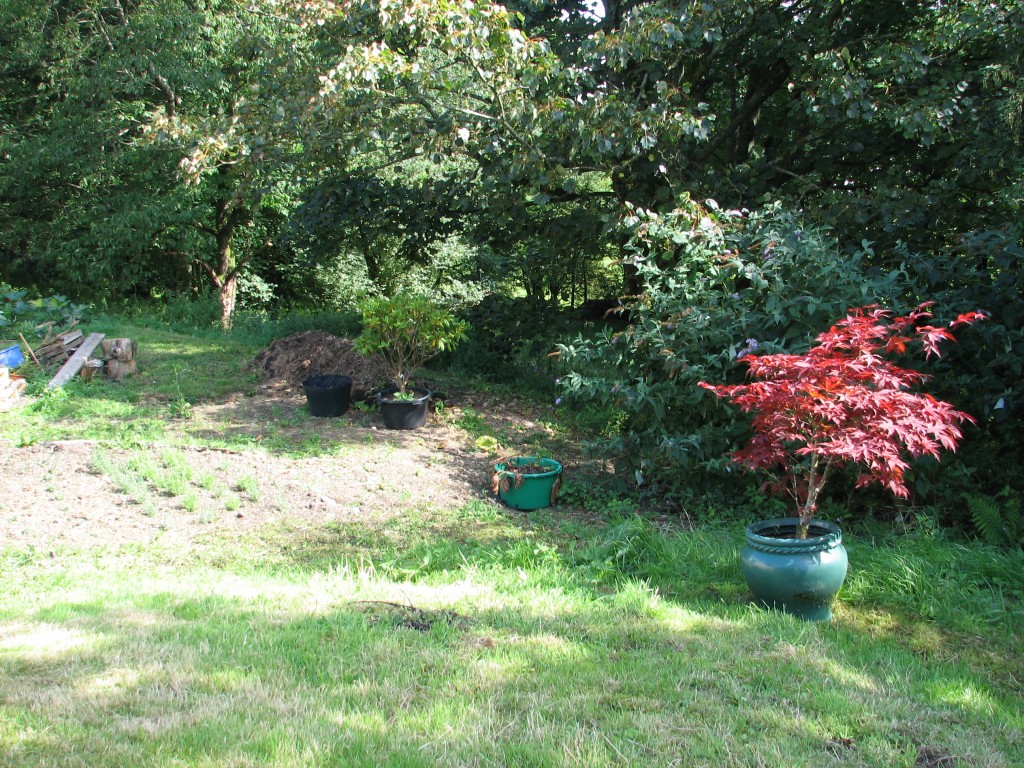 We’re trialling a new place for the acer – a tree that was here when we arrived that both Chris and I love but which hasn’t yet found a home. It’s new location on the bank up to the grass knoll seems to be working – although it’ll be good to get it in the ground as the pot it’s in does an excellent job of emulating a weeble in the wind (except it *does* fall down…) 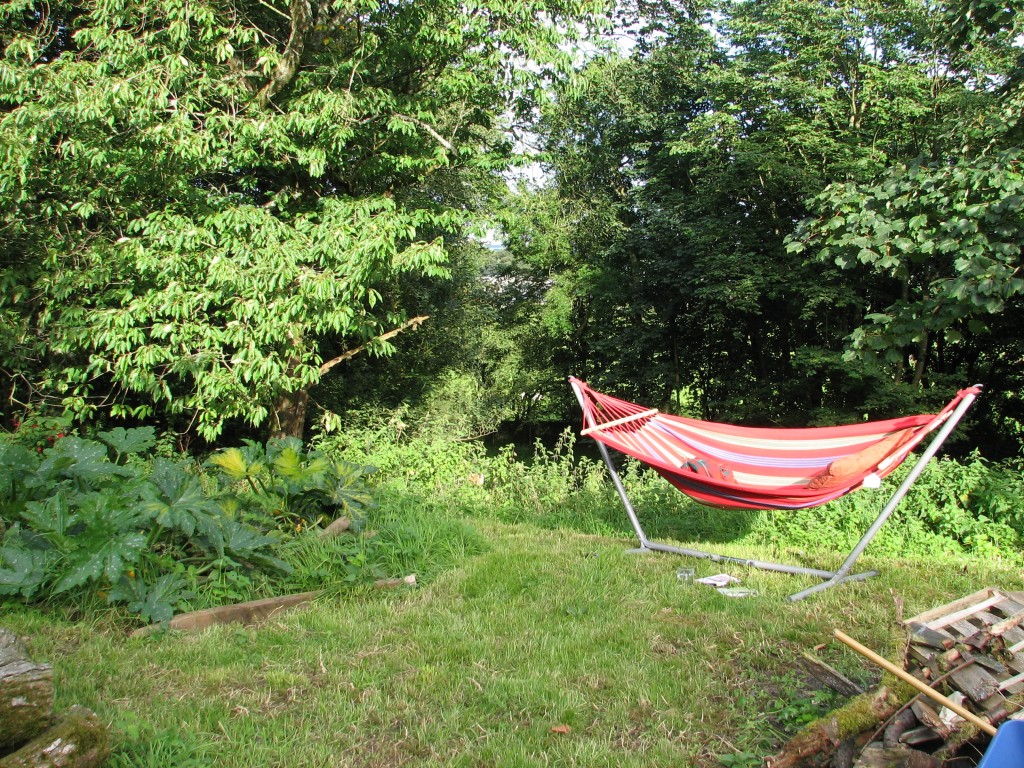 But let’s not pretend it’s all hard work. The hammock found a new spot from where I could look down the bank to our “dappled glade” and across to the tree nursery.