Wood sheds continue to be a big feature for this blog. October saw the consolidation of the two elm sheds into one (oh, the elm is such a lovely wood to burn – it’ll be a shame to see the end of it!) The initial consolidation and moving of the tin was done single-personed and later in December Chris and I got out there to get the tin more secure. Photos: before consolidation, and after. 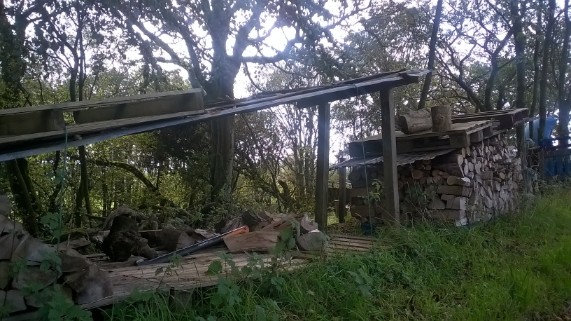 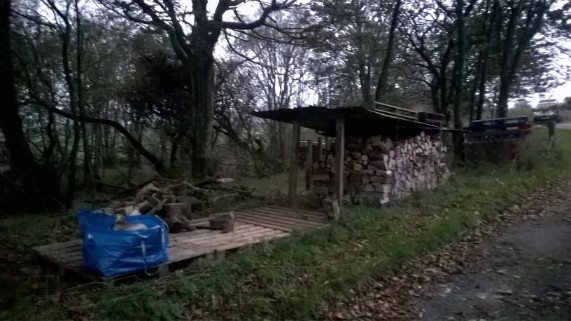 Next up you can see tin (on the left) which by the end of the year had become a part-filled shed). 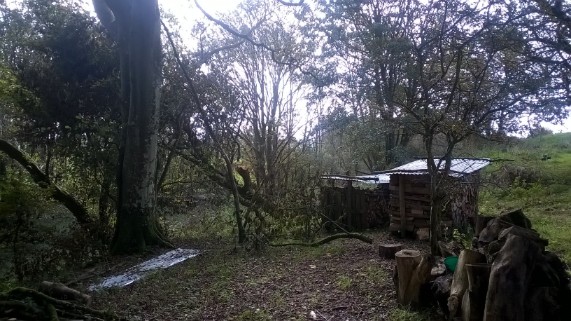 Our apple harvest (from the mature trees on the land) was moderate this year and, courtesy of the winds, didn’t require picking from the tree, merely from the ground. I invested in a small dehydrator and for several weeks (months?) would spend time each evening prepping the next batch of apple slices to be dried overnight. We went for “very crispy” and expect to be enjoying said apple chips for many months to come. 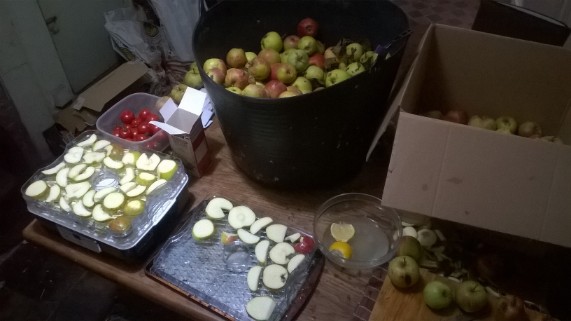 Chris spotted three mature gooseberry bushes being offered up for rehoming and with a bit of determination, I managed to get them in the ground before heading off on a Morecambe trip. They’ve gone into the triangle up from “the polytunnel site”, along with the three apple trees that were already in there. In years to come hopefully this spot will benefit from the shelter belt and be one of the sunniest, most protected spots on the land. 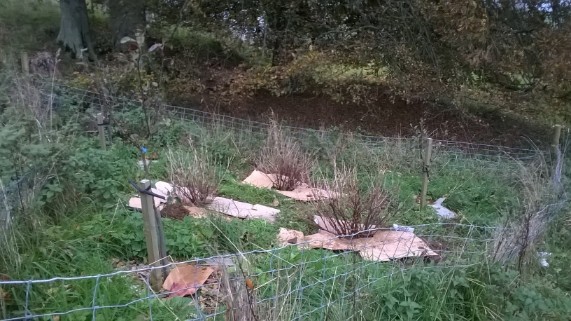 These four were the last hidden harvest from our squash & courgette patch. Really pleased with the harvest of both of these crops and really enjoying squash with pretty much everything over the winter. 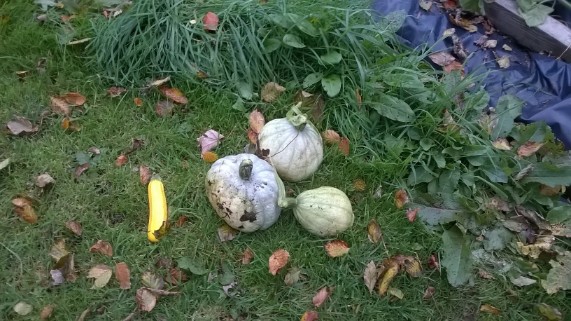 A selection of views of the church from different parts of the land – I like to think that in years to come these will be quite fun “as it was, as it is” comparison shots… 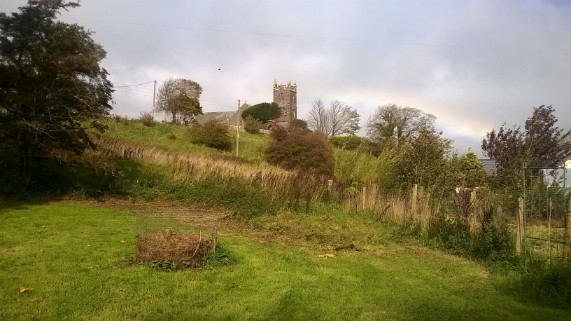 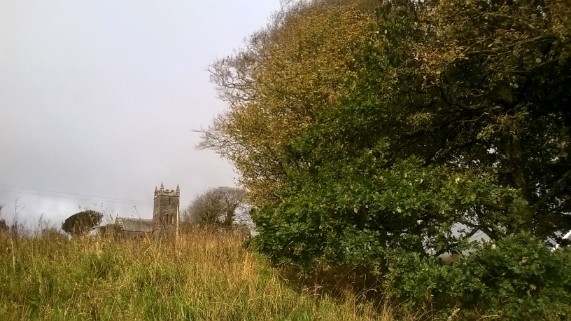 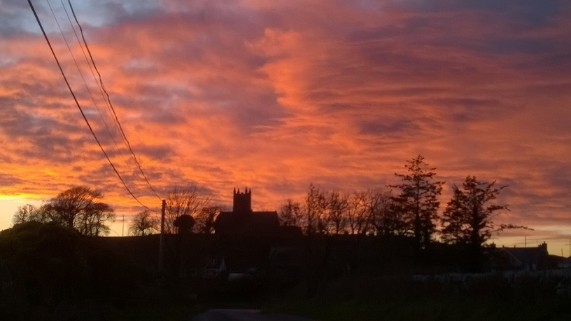 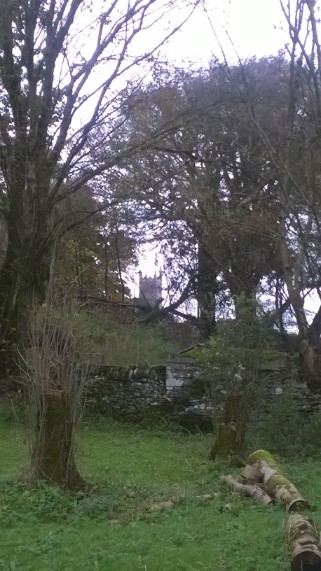 The row of ash trees alongside the Old Vegetable Garden are likely to provide most of our from-our-own-land wood supply for the next few years. October saw us start to plant up another patch of ash which will hopefully complement the original row of ash – although is very much a 15-20 year project. First I strimmed the grass, then explored around the land looking for ash saplings to go in before planting them with a cardboard mulch. We’re hoping to get the area fully planted up (with some saplings from someone Chris used to garden for) and fenced later this winter. 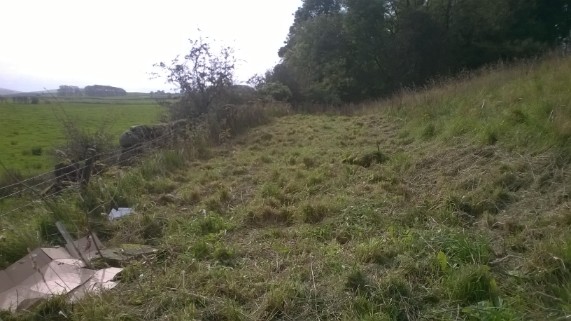 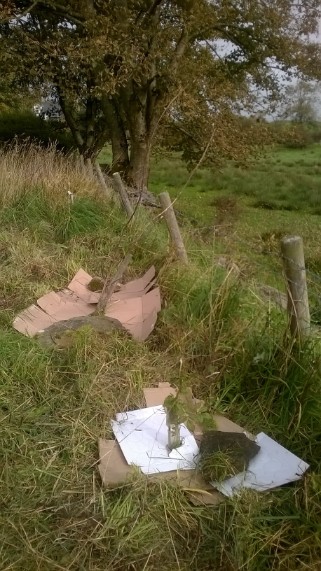 Moving brash up the hill continues, this being the “house” side of the row of ash next to the Old Vegetable Garden. I spent a bit of time clearing larger branches and other ankle-biting-hazards from the area on the left as this is also prime felling space for the remaining ash stems. 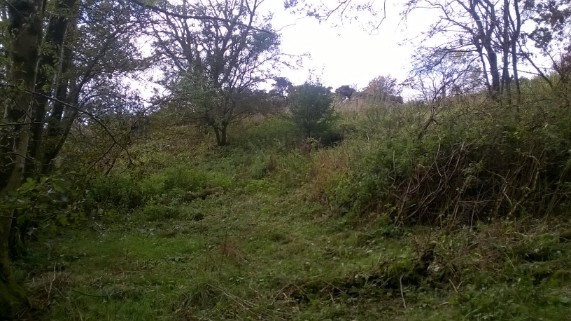 One of Chris’ sailing buddies leaves his catamaran on our land over the winter, and the road trailer over the summer (the boat itself being stored about 20 min further on from us towards Stranraer where it can be sailed from). As a pre-emptive move (having diligently mown – and turned into a rather nice grassy area – the spot where the boat had previously spent a winter) I decided to strim an area closer to the track which we haven’t used for anything else to put the trailer and, ultimately, the boat. All went according to plan and this new home for the catamaran & trailer is working well. 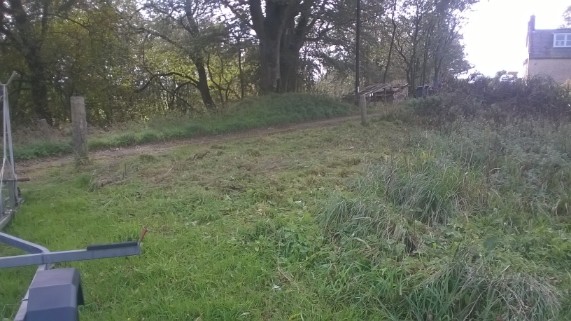 The fruit garden, despite being fully fenced now, did suffer some deer damage, and surprisingly early as we went into winter. We think this is due to the dry weather reducing the amount of forage up on the hills. The more tasty plants, trees and shrubs we put in, the more the local deer seem to appreciate us as a new restaurant. We don’t really want to go the route of big deer fencing everywhere, but we may end up having to. 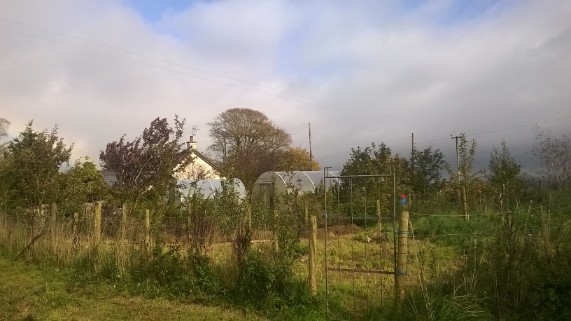 The horse chestnut leaves beginning to turn, looking from the north west shelter belt towards the house. 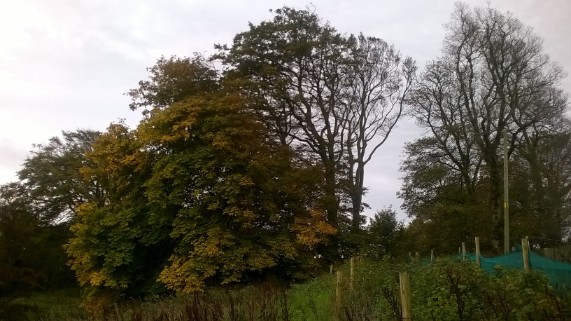 Cardboard on its way to the damson triangle. 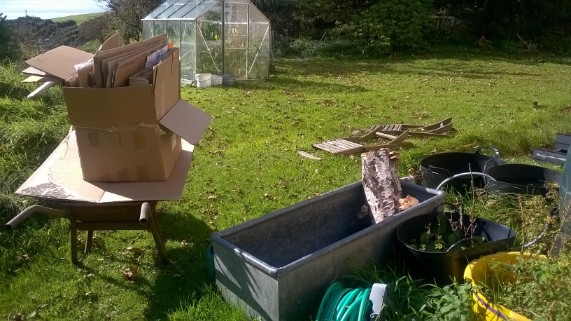 The damson triangle, kitted out with cardboard after I netted a bundle following the Wigtown Book Festival. One of my favourite things about using cardboard as a mulch is that when I find someone who has a load which is getting in their way and which they’d otherwise need to pay to get rid of, everyone’s delighted: them to get rid, me to get lots of mulch! 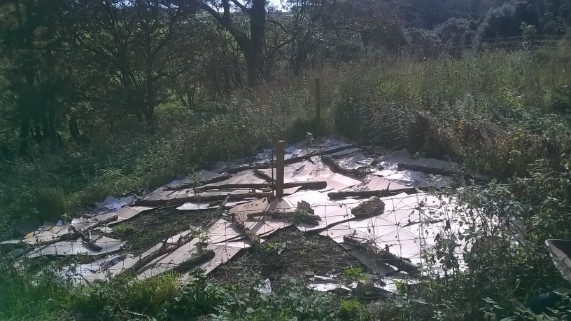 I managed to get one of the Shitake logs to fruit which was rather exciting – definitely room for improvement next year, methinks, and having the water trough for shocking is great. 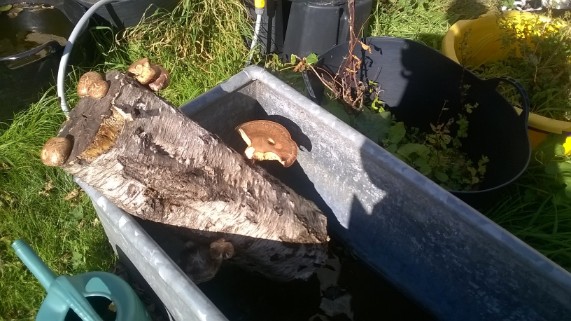 And a selection of photos from the Old Veg Garden – still plenty of ash to come down! 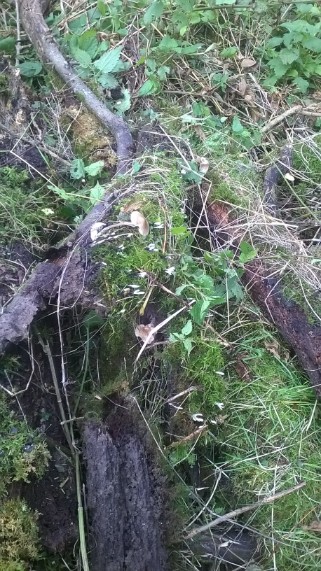 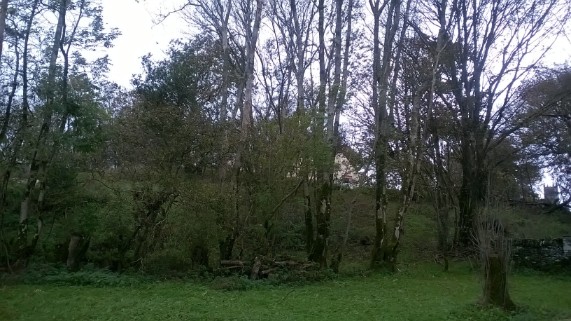 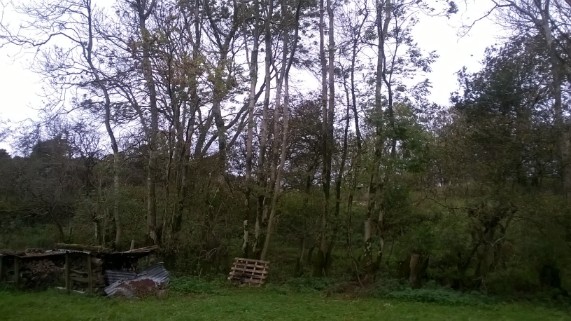 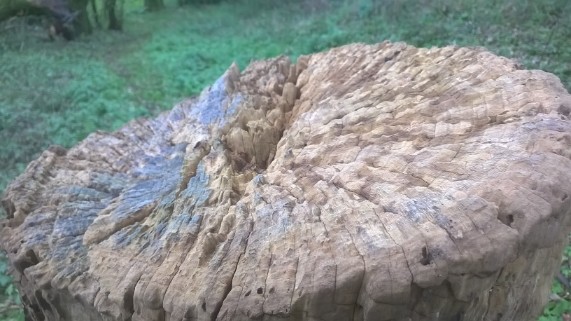 Not taken from our land, but beautiful all the same – the coast around here really is gorgeous. 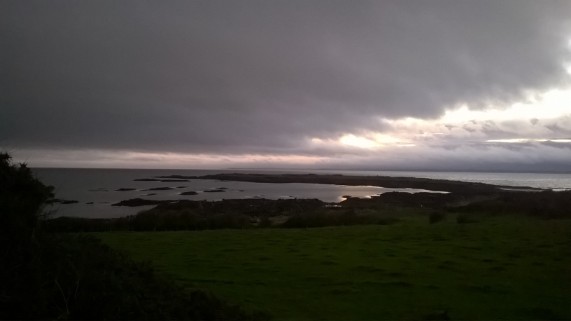