Home » Blog » Uncategorized » The water I’d anticipated. The fire I had not. 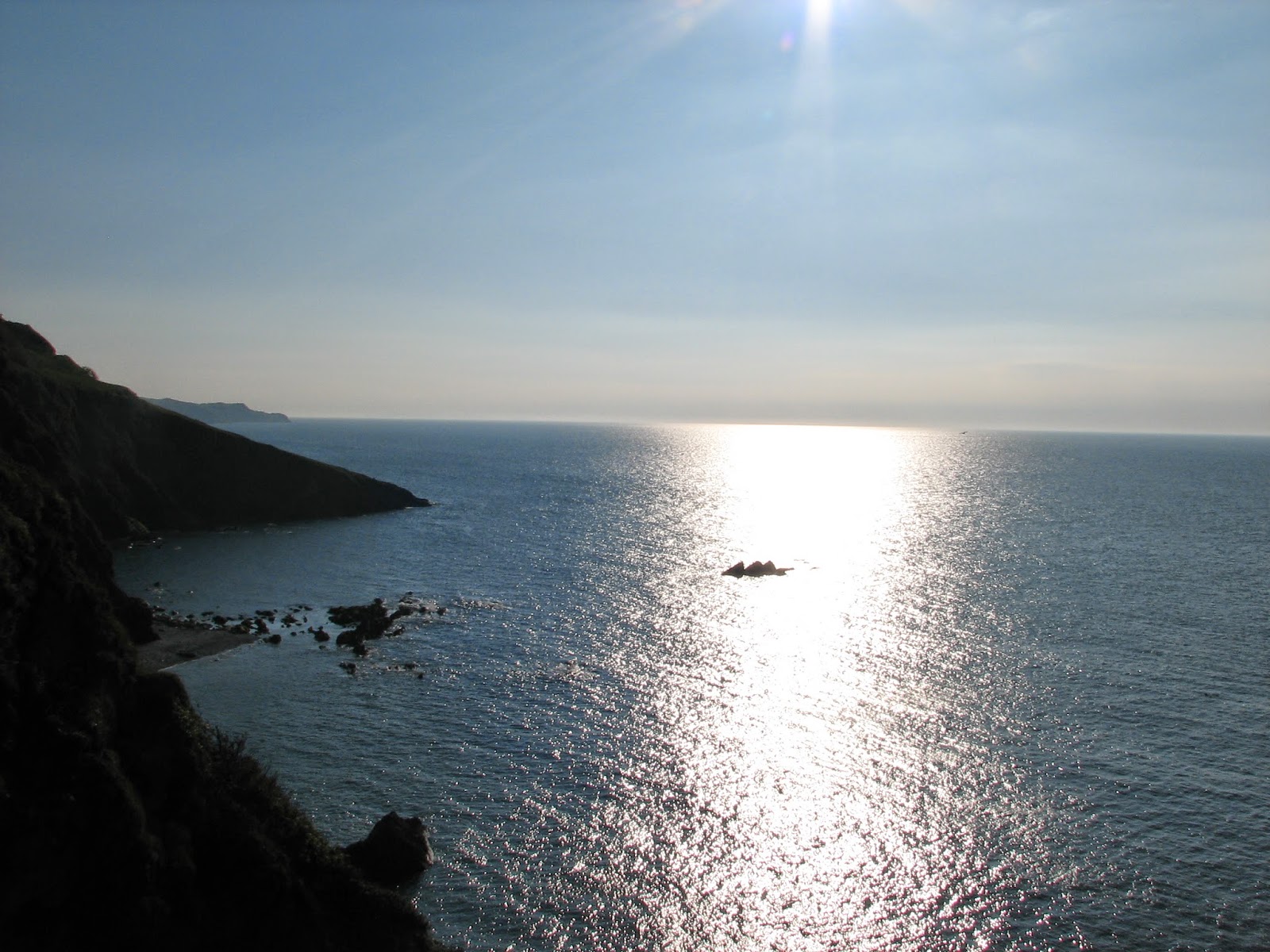 Before any alarm is caused, although there was fire, no-one was harmed and it didn’t spread. Thankfully!

One of the great things about my “rescheduling” is that, more than any other holiday, the shape of each day at the moment is pretty much unforeseen. I have an idea of what might happen, but until it does there are no certainties (not that there are the rest of the time, but I usually have a more rigid “This is the plan for the day” plan). Yesterday was a prime example.

A big part of the deviation from Plan A was due to wanting some rest. So I knew I was in no hurry to get up and ended up spending the wonderfully overcast morning (“wonderfully” as it meant I didn’t need to worry about “missing the best of the day” as I pottered around inside) clearing emails, faffing about and generally not really leaving my B&amp;B room. Although on Thursday when I’d arrived the room had seemed small and almost cramped, as a base to catch my breath it proved perfect. Apart from the municipal lawn mowing that started about 7am. Urg.

Having reduced my inbox from over 70 to around 20 (success!) the sun was coming out and I emerged into a glorious day in Ilfracombe. So glorious that I decided a new sun hat was in order (sun hat 1 was in my car, about 15 minutes up a hill in the wrong direction. Today, both sun hats 1 and 2 are in the car. Ho hum) and after meandering through the town centre I set off up to the coastal path towards Lee. An absolutely stunning day, the sunscreen was lathered on and I began my meandering.

Which reminds me: I’m an ambler, not a walker. Exploring on foot is great but my preference is definitely to amble along, find a suitable place to pause and read / write / sleep and then proceed to do just that. Organised walks, with a plan and a destination, I find most enjoyable with others and very rarely appeal when I’m on my own. But the ambling also fits into the idea of slowing down and seeing where my feet take me. They certainly didn’t fail me yesterday!

Up to the cliff tops I went with the sun glinting off the sea. Utterly utterly glorious. Not quite sure how far I wanted to go, a little path down along a grassy outcrop grasped my attention and down it I went…to discover it led to steps all the way down to a fabulous beach! Known locally as White Pebble Beach it has two sections to it – one just at the foot of the steps and then another accessible after a bit of a scramble over some rocks. Of course, I opted for rock scrambling and ended up having that section of the beach entirely to myself for the entirety of my stay. It being at the base of some cliffs I was conscious the tide was going to be coming in and had a wariness of getting cut off although surmissed I had a good few hours yet. Hence found myself a nice little chunk of beautifully smoothed and warm rock. Which originally was for reading on – but ended up being mainly for sleeping on.

On wandering down to the beach I had great notions of going for a swim but ended up restricting myself to a paddle – I could argue that was mainly due to safety (lots of rocks, probably quite strong currents) but in reality it was mainly due to enjoying the warmth of the sun and not particularly wanting to drop my temperature too much with a full sea-temperature immersion! I did, however, enjoy aforementioned paddle. All about knowing what the right thing is for the right time.

Sleeping in the sunshine with the sound of the sea gently crashing against a host of rocks nearby is a rather fabulous way to spend an afternoon – especially when the name of the game is Rest. Waking up to find the tide was fast encroaching on my particular bit of rock I decided to call the beach a day and return to the grassy outcrop – which would certainly not get cut off from the tide (unless the end of the world struck and that didn’t seem likely).

Turns out my race for the steps was somewhat premature (but better that than too late!) as there was still plenty of “beach time” left before the tide took over but with more sleeping to be done the grassy outcrop provided an unlimited number of hours of gentle snoozing. Ha. So I thought.

I got a good few hours in, sun hat number 2 continuing to protect my little head from sunstroke (always a bonus) and each time I woke up didn’t feel it was time to move on. Until I was woken up by someone shouting at me. Coming round I discovered that the someone was  one of a pair of guys (20sish) alerting me to the fact there was lots of smoke billowing up across the outcrop. Hmm. Not a good thing to wake up to. If anything the smoke was getting worse (“We accidentally started a fire…you probably need to get off this bit before the fire spreads…” – with the smoke starting to encroach on the little path leading back to the main coastal path) so this certainly felt like the time to up and leave. No phone signal either, so to call the fire brigade I headed back towards Ilfracombe to get some signal.

Fire brigade called (the second time I’ve had to call the fire brigade in my life. And the second time it’s been for a fire that someone else has started in the open air) I went back to keep an eye on the smoke and let any other walkers know assistance was en route. Thankfully the smoke was lessening significantly and although three firemen arrived wielding beaters they didn’t get to use them. Turns out a barbecue down on the beach had set light to the very dry gorse on the cliff-side and, thankfully, there wasn’t a critical mass of dry gorse so it was burning itself out – and entirely unreachable for beatingness. 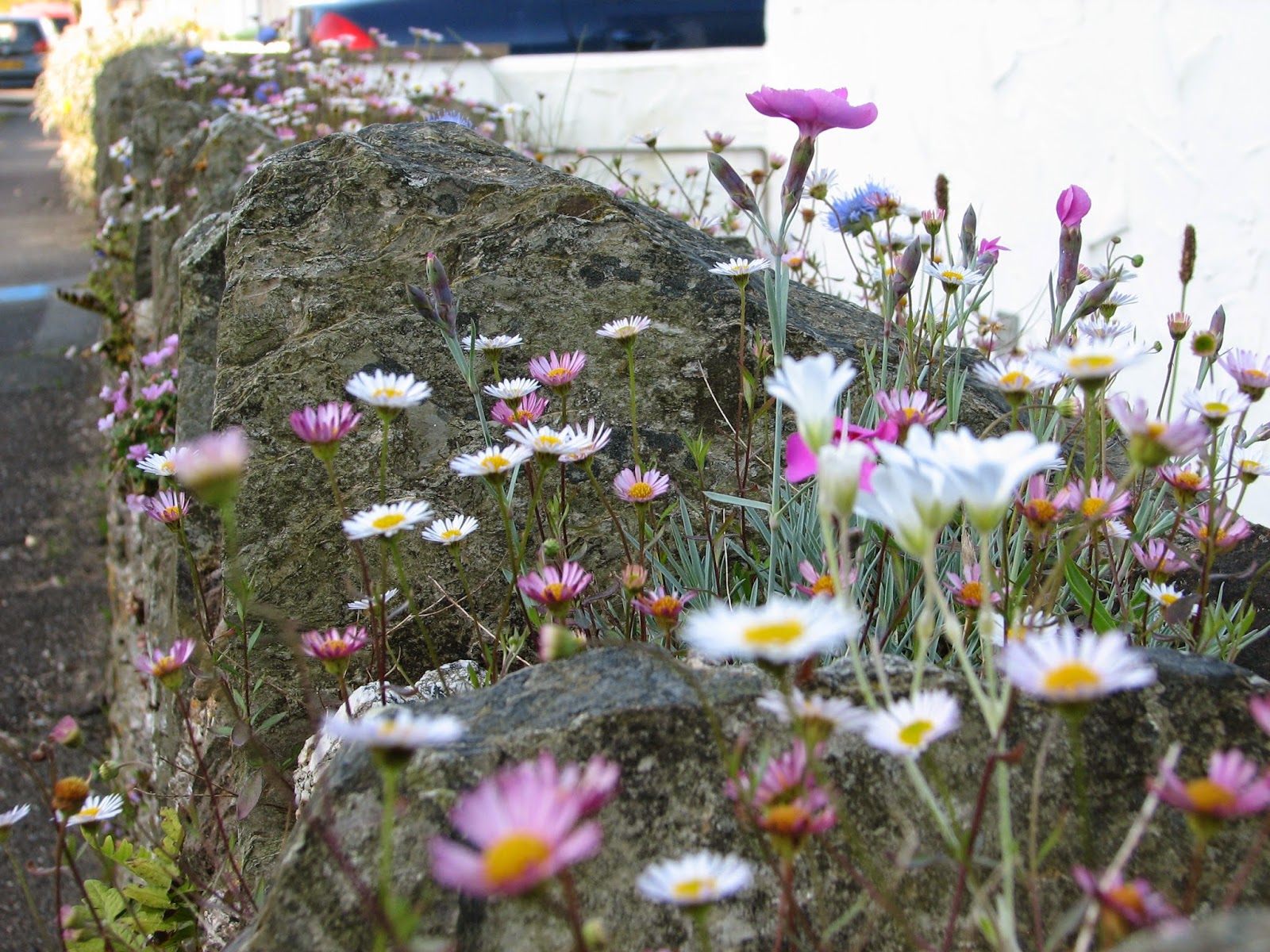 After that little bit of excitement I wasn’t quite sure what to do with myself but ended up looping round on the path I’d started out on and heading back into Ilfracombe, spotting some gorgeous flowers growing in the top of a stone wall as well as a wedding taking place on one of the beaches reached via the tunnels just for good measure. 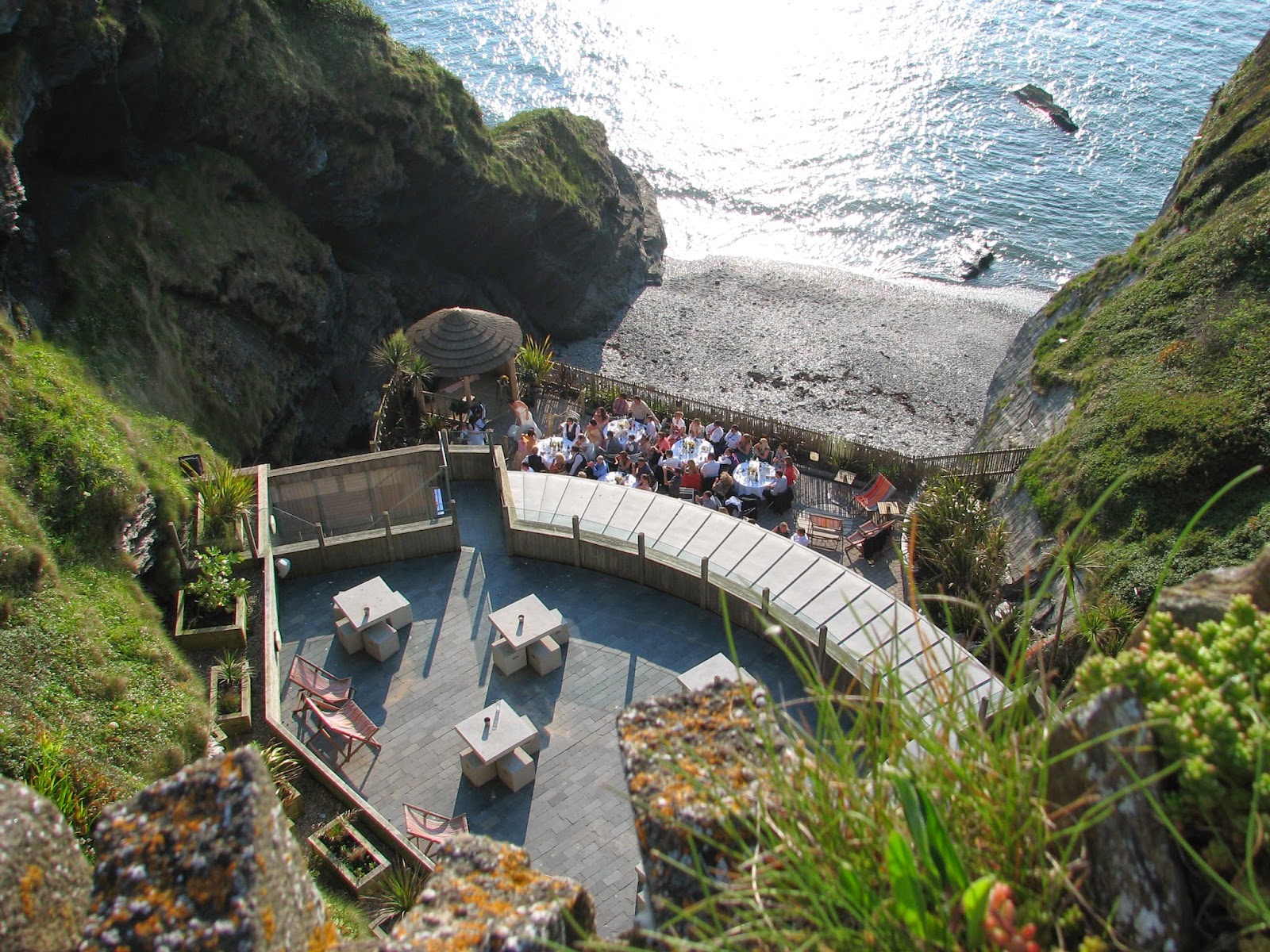 The tunnels were carved through the bottom of the cliffs by Welsh miners as Ilfracombe was becoming an increasingly popular Victorian holiday destination. They give access to a couple of little beaches close to the centre of Ilfracombe that otherwise would be entirely inaccessible. They also have some salt-water bathing pools which get refreshed each tide. I’d considered paying my dosh and trying them out but as it turns out, my adventure on my (much more private) beach won out.

Getting back to the B&amp;B I settled my bill (knowing I was leaving early this morning) and thereby completed my “list of things to do” for the day. It was a short list. But a useful one. And then had a lovely chat to a friend while meandering around town – around Capstone rock, along the harbour and up to the harbour chapel before ending up on the hill where my car was parked. An altogether rather glorious day.

And NOW I get to go to Lundy! Yippee!