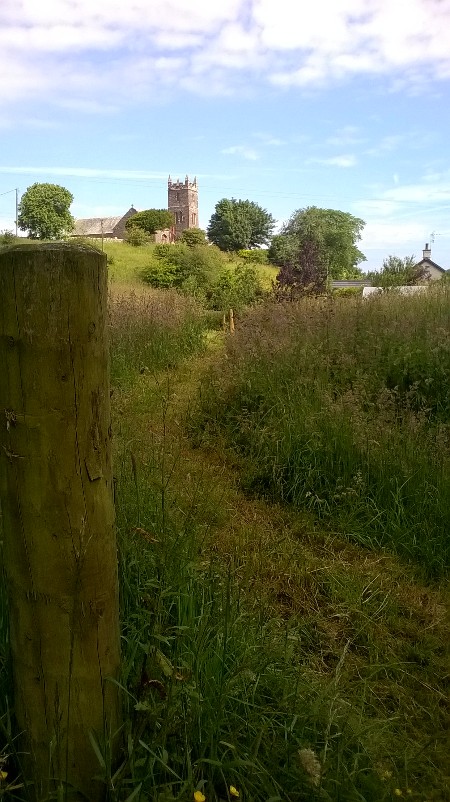 June arrived – with plenty of grass. I was away for significant chunks of May & June so it had a chance to get away from me and the new mower 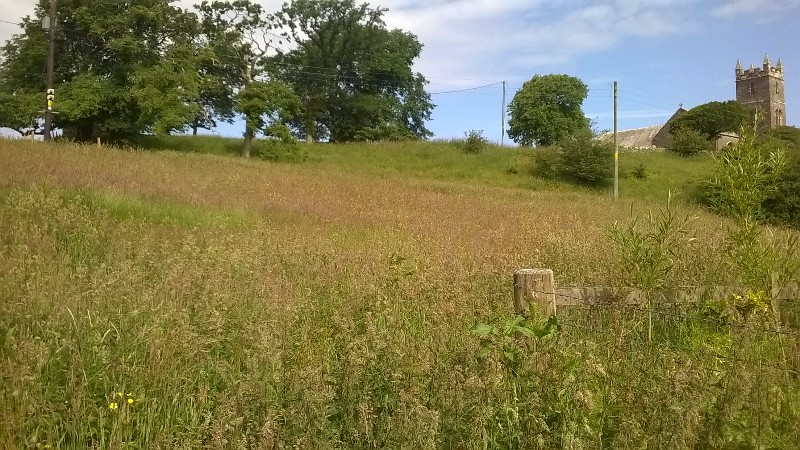 Which led me to embracing “meadow” – “Oh yes, we’re just leaving this bit to be a meadow.” Sounds much more impressive than, “Sorry, haven’t a clue what we’re doing with this bit!” 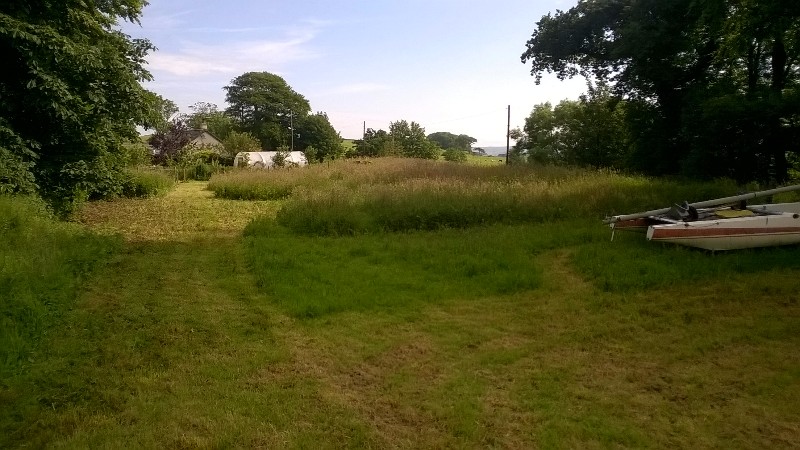 Although in fairness, all was not lost – the mowing gains made earlier in the year have just about been maintained 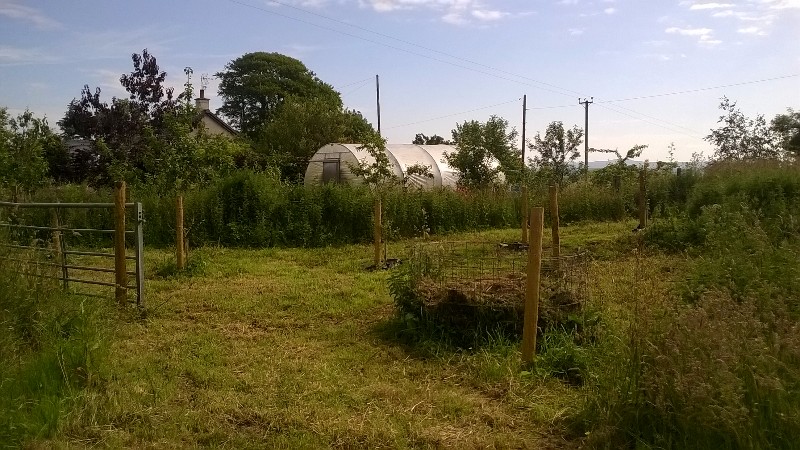 I’m tending to mow around our fruit trees for access, so we can check on them, and also to reduce competition from the grass 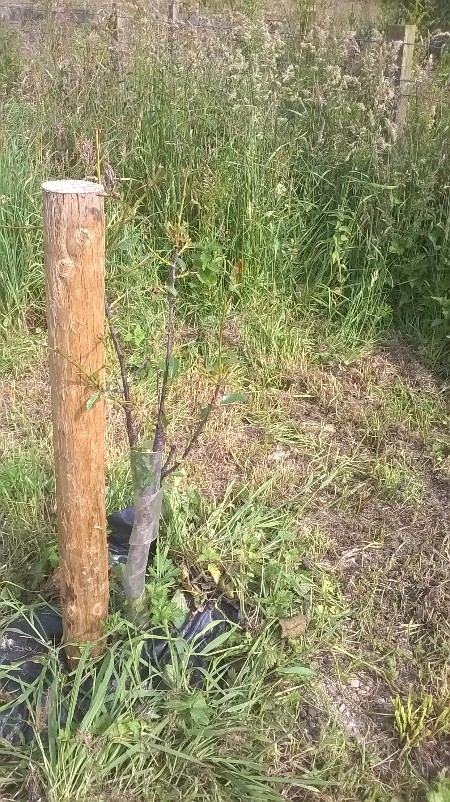 Unfortunately the deer proved *they* think fruit trees are tasty too – this cherry has bounced back but sadly they nibbled the two apple trees Chris had lovingly pruned and shaped. Needless to say he was not impressed! 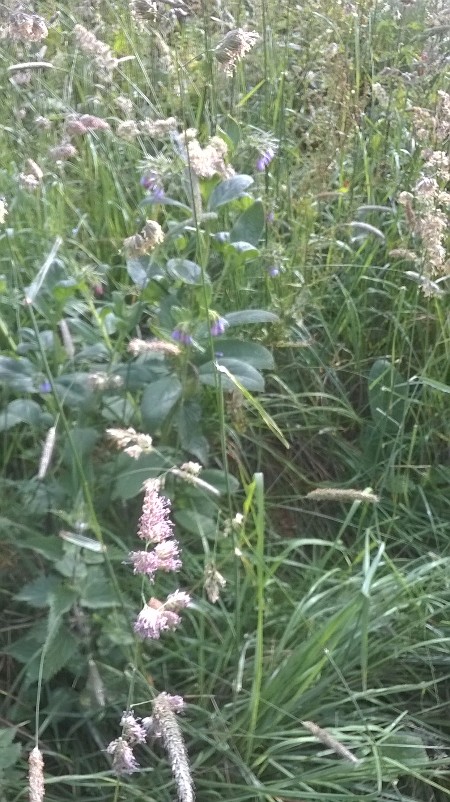 We also planted some comfrey near the fruit trees – it’s still establishing this year but hopefully will be a good source of green mulch in future years (photo’s a bit sketchy, but hopefully you can make it out in amongst the very vigorous grass!) 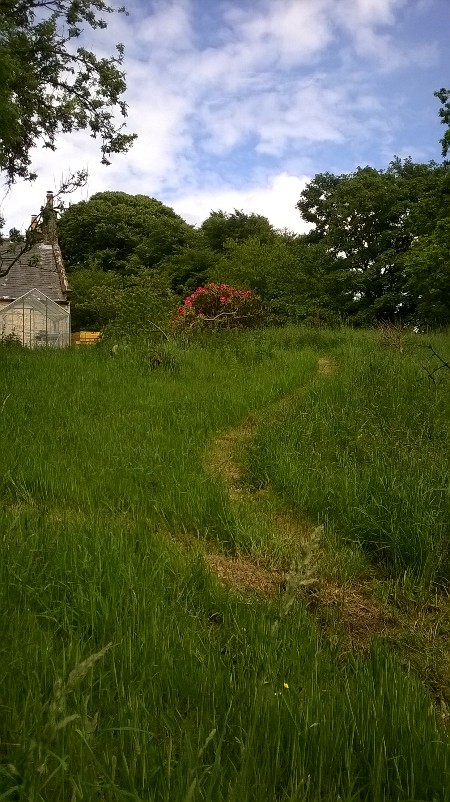 Sometimes mowing is just a case of maintaining pathways 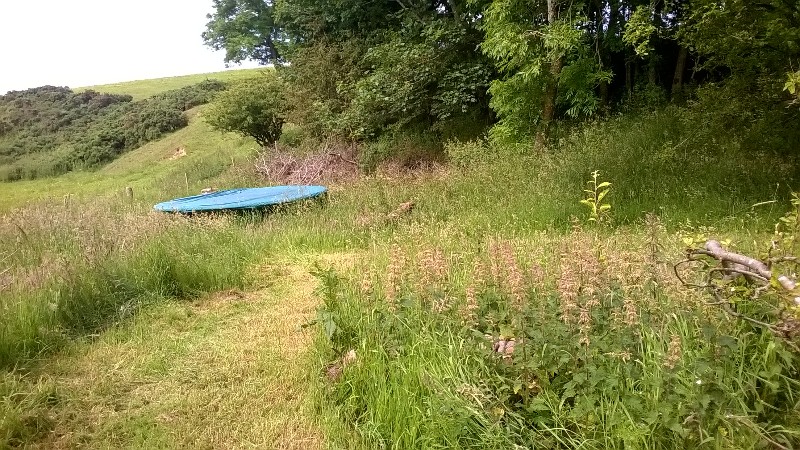 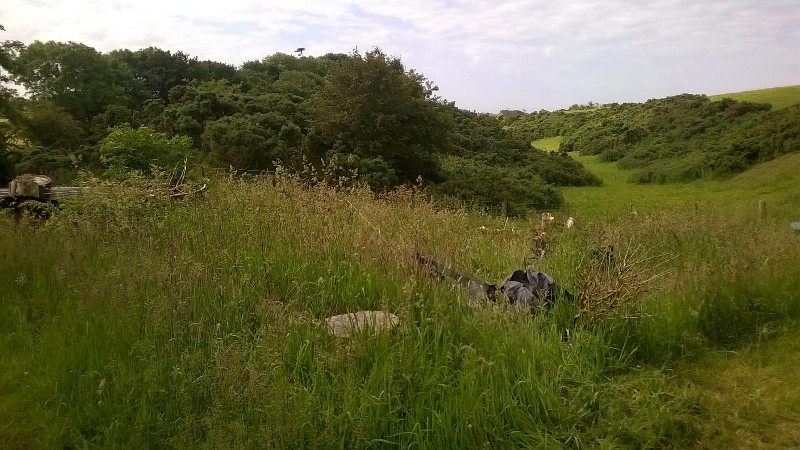 The Triangle. There are saplings in there, honest! 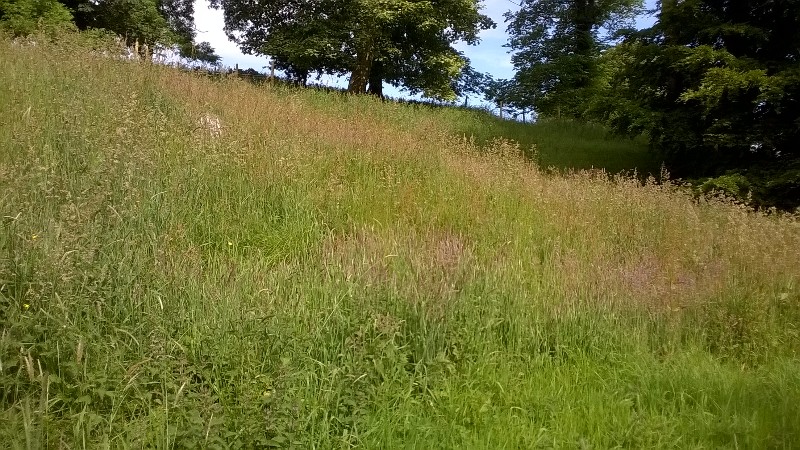 I’d like to introduce you to our fruit bush bank. Looks like a bunch of grass to you? Well, it is just now, but with a little imagination (and elbow grease)… 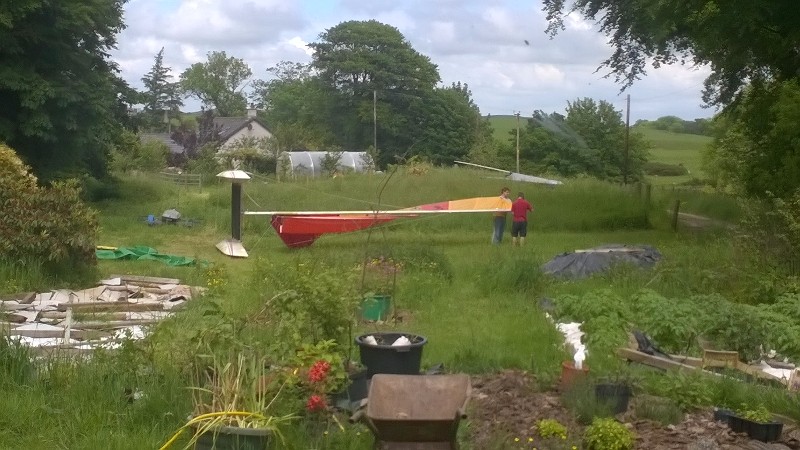 The cat(amaran) that had been living on the field from the winter had some TLC for Chris and its owner, Ian, in the field before escaping to the seaside, about 20 minutes away from us. It doesn’t get out on the water much but at least it’s now ready for action 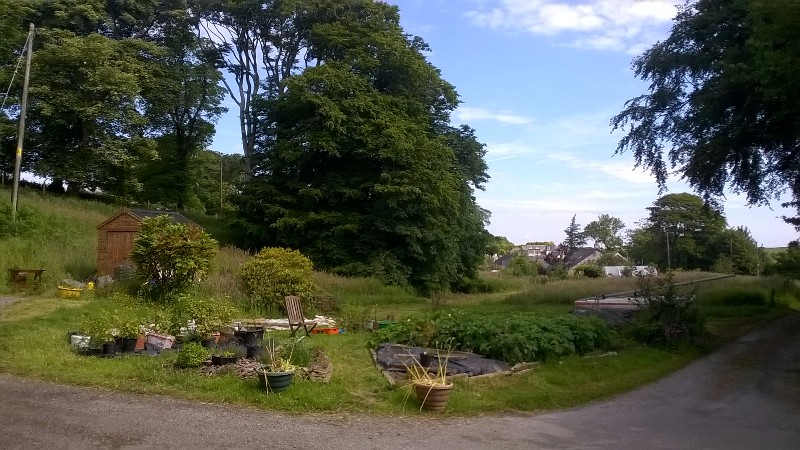 The veg garden continues to grow and flourish 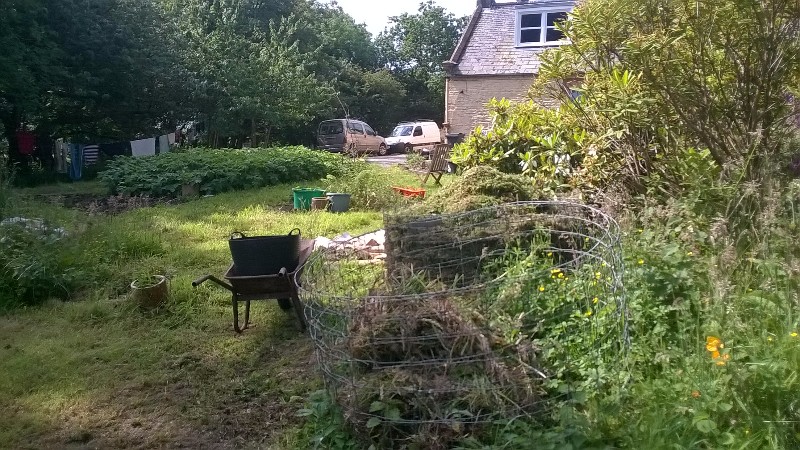 …as do the compost heaps! 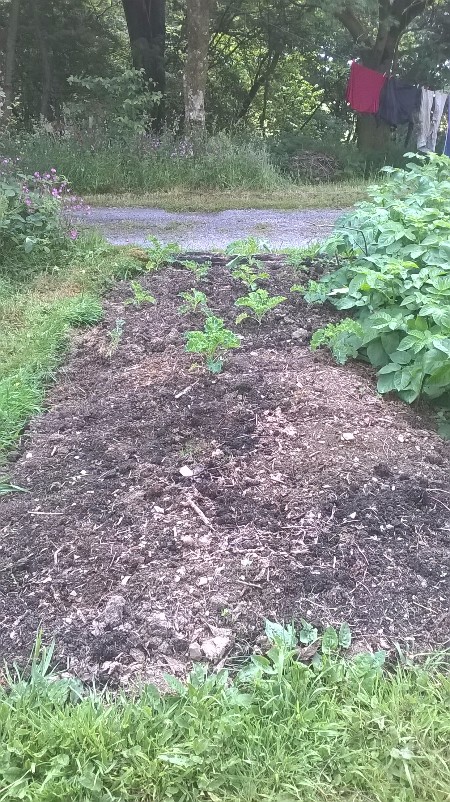 Kale in situ. The foreground was going to be swede but the slugs got to them before they had a chance to get away 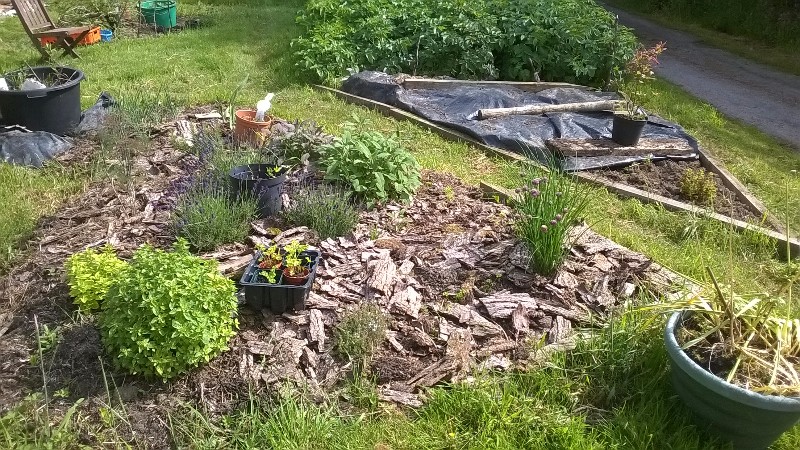 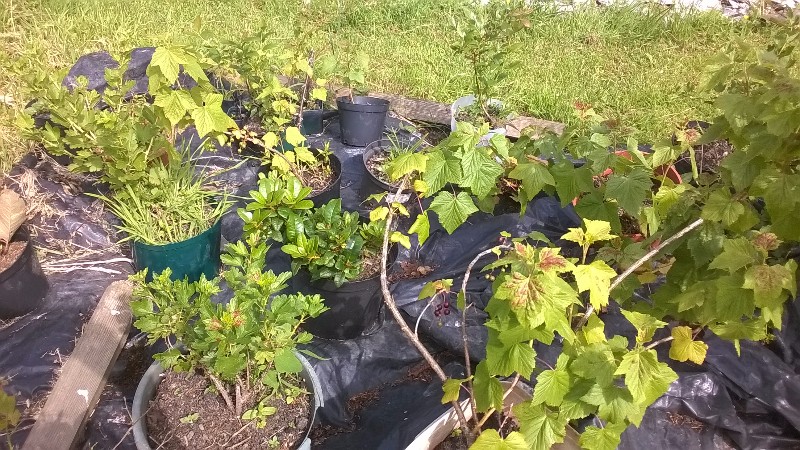 And the fruit bushes in pots similarly 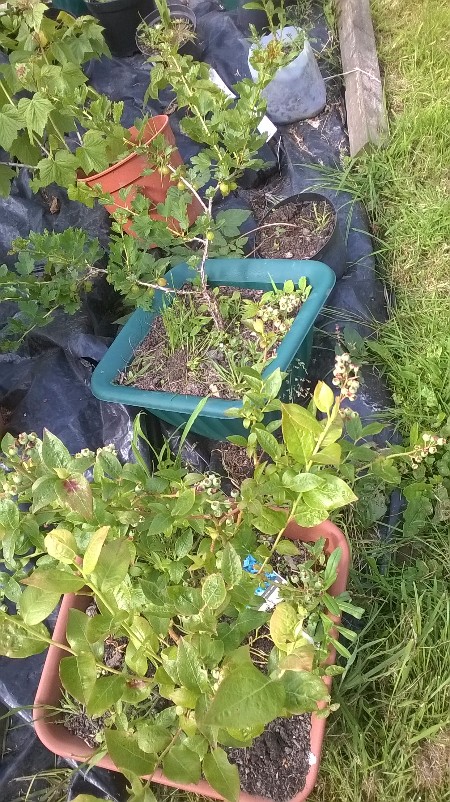 The blueberry bush that was a gift for our housewarming has, this year, started fruiting which is very exciting. Thanks, Sarah! 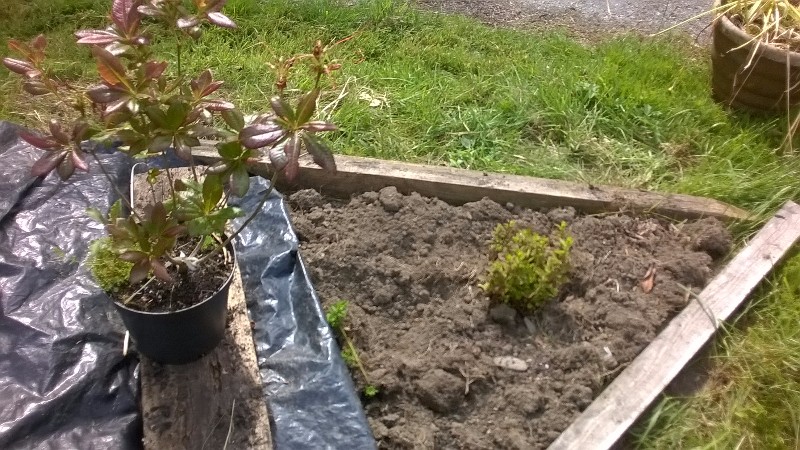 Pretty blurry, but two types of mint just recently in the ground. Won’t take them long to settle in and grow like only mint can! 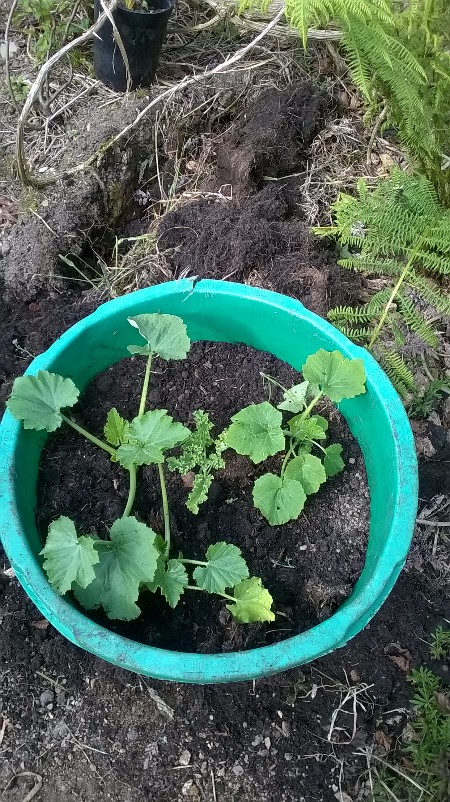 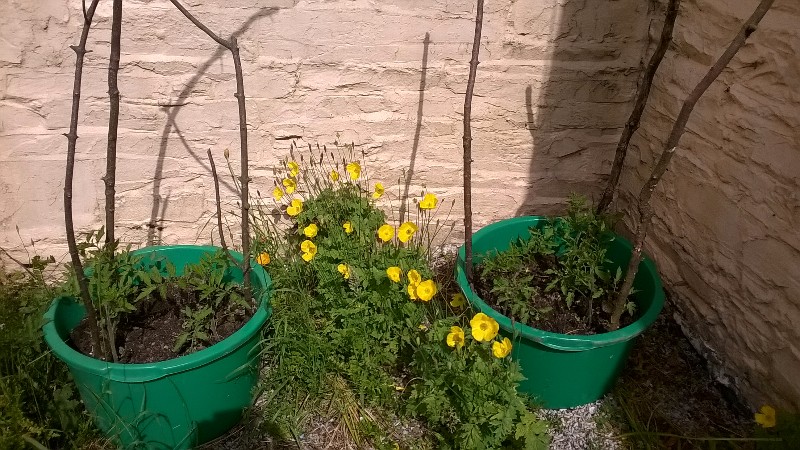 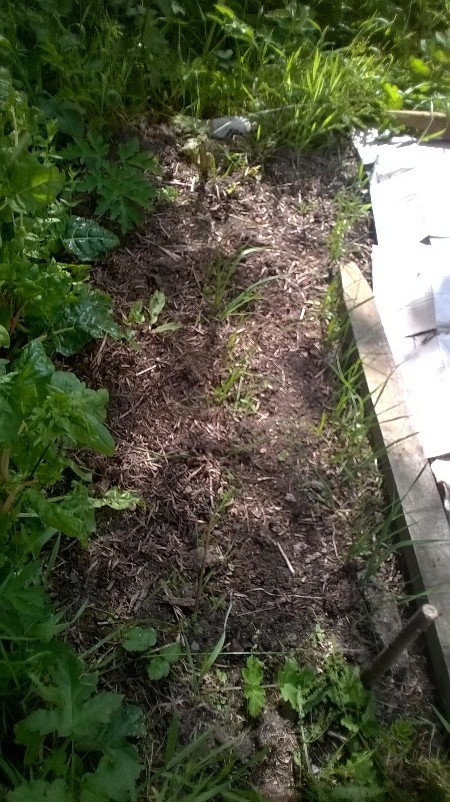 Remember the “the leeks are in there, promise!” photo from May? You can just about see them now… 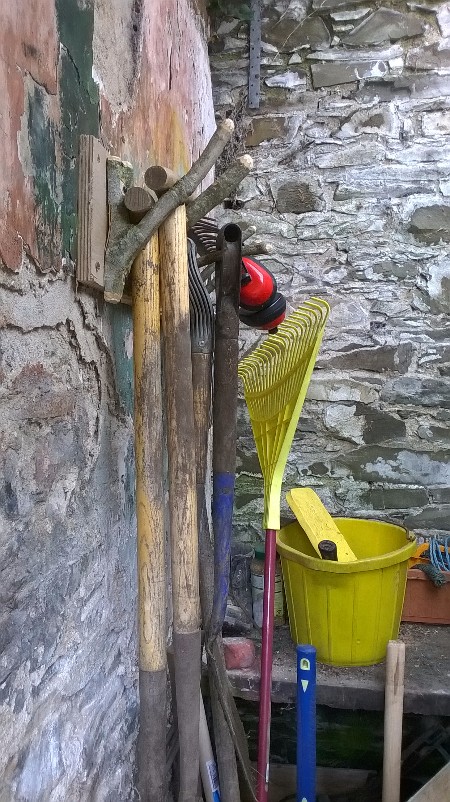 Chris made us a brilliant large-tool rack for the potting shed: it’s doing an excellent job of keeping the floor clear and the tools easily findable / accessible 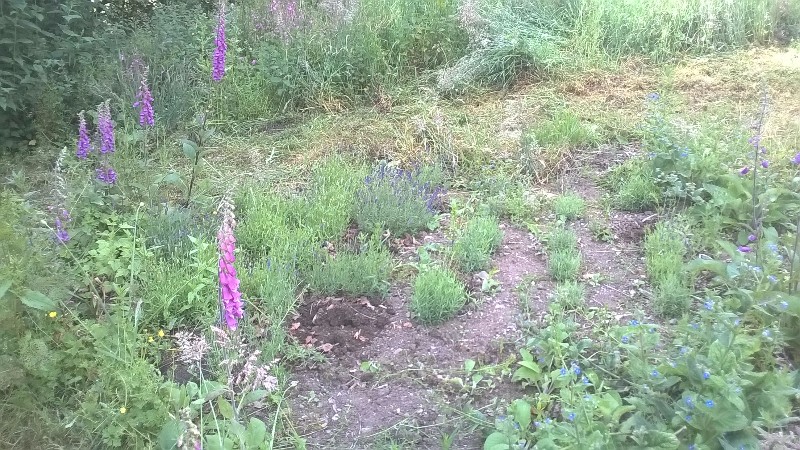 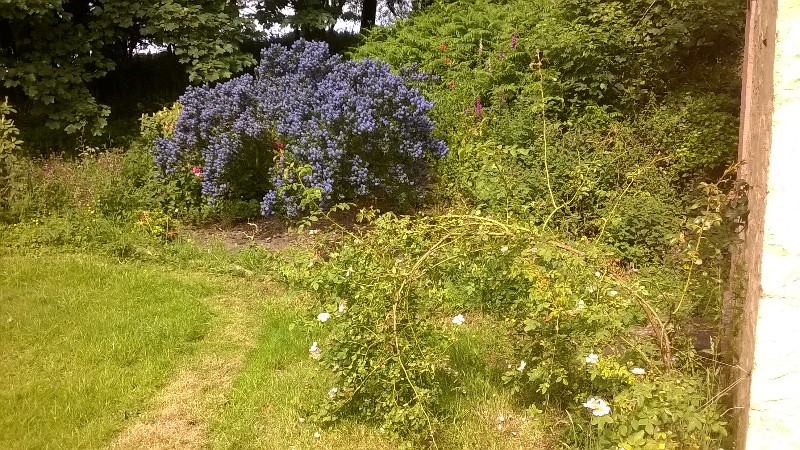 This rose in the foreground is no more – it came with the house but was mainly growing from the root stock. The original graft was very nice – but also barely holding on. Chris was hoping to transplant it but it just wasn’t strong enough. Hey ho. Nice to catch the ceanothus in bloom 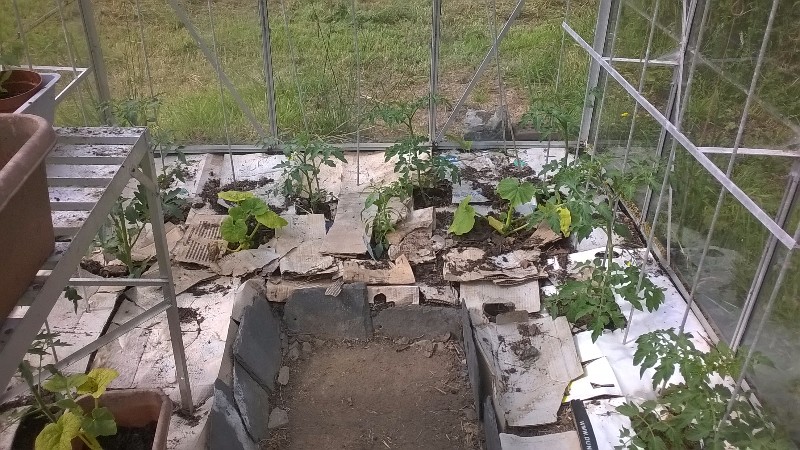 The tomatoes growing merrily – the two squash plants were temporarily misidentified as cucumbers, hence being planted in the greenhouse. Error was rapidly corrected and they’re now outside again 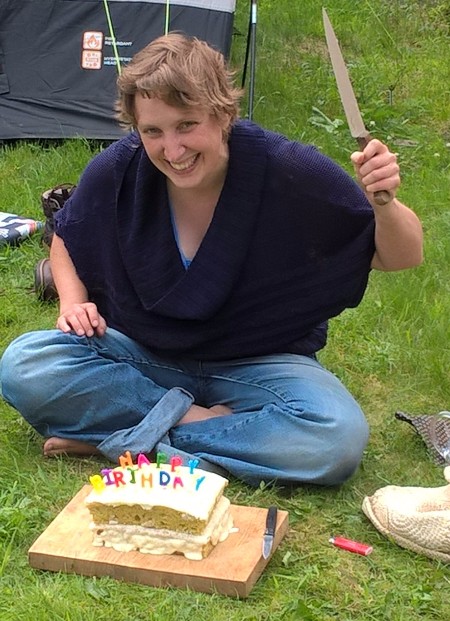 And the end of the month saw my birthday. See the little knife next to the cake on the board? That was the tool I was first offered to cut my cake. Pah! Was what I said – and a more suitable implement was presented to me 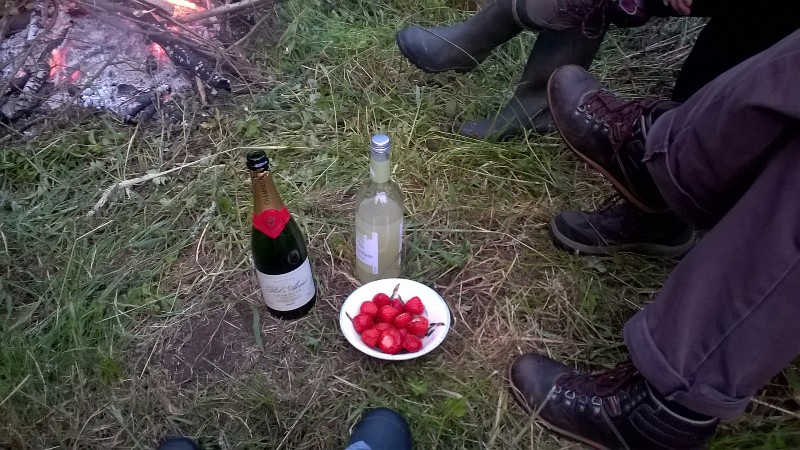 Birthday strawberries & champagne (the Belvoir ginger bubbles were my tipple) 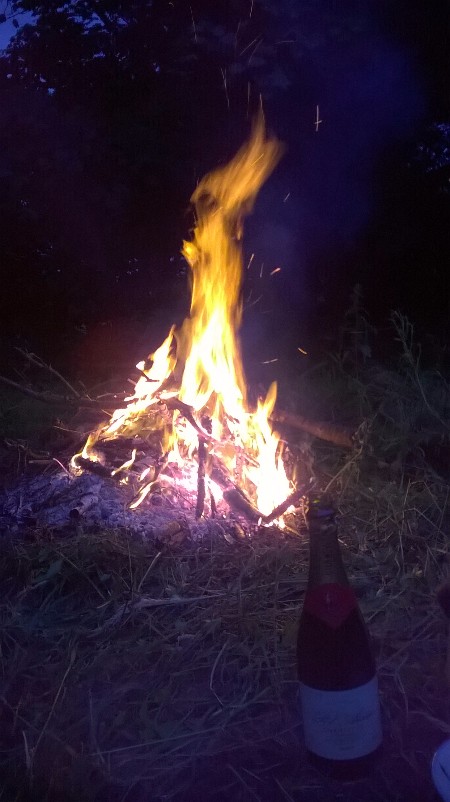 And no birthday celebration would be complete without a bonfire